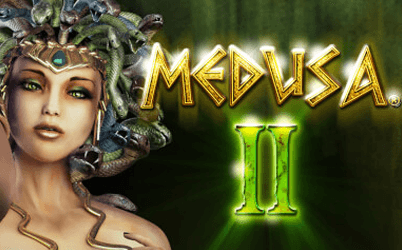 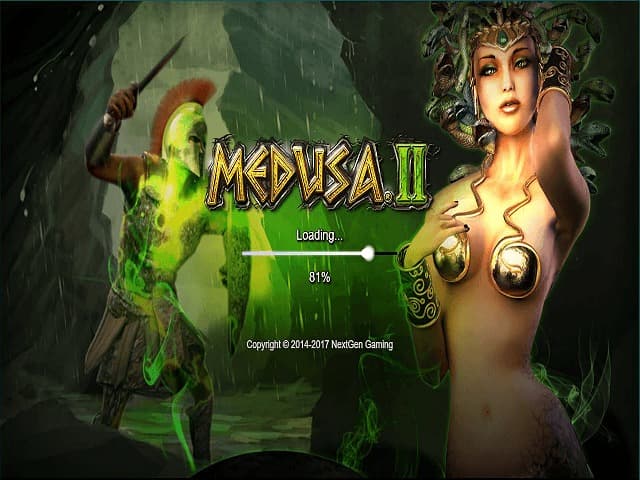 When NextGen creates sequels to its mega-popular slots, it always makes them at least twice better that they eventually surpass the originals in both quality and popularity among slots players. Medusa slot brought the developer huge success, with its creepy theme and payouts intended for low-rollers. That’s why the developer released a sequel, Medusa II, twice as scary and twice as rewarding, which eventually became one of the developer’s biggest hits to date!

You can play Medusa II slot on your iPhone or iPad since it is perfectly compatible with all iOS mobile devices. But even if you have the latest Samsung or Huawei, or any other mobile device that uses the Android operating system, you can enjoy the slot, because it is compatible with Android, too. Desktop devices are not excluded; you can always play the game on your laptop or PC, from the commodity of your home. NextGen made sure to develop it in HTML5 so that it can be playable via any browser, on any device.

When you start the game, you will see the beautifully designed bronze-colored temple which presents the reels. You will notice that the atmosphere is much darker and more intense than in the original, but you’ll love that detail. Other than the reels, you will see the green play button on the left side of the screen, and on the right side, you will see the golden settings button. The first thing you will see as you click or tap on it is the bet configuration. You will see that Medusa II online slot offers 243 ways to win, for which you will have to bet 25 coins per spin. The coin value goes from 0.01 to 2 credits, which means that the least you can bet is 0.25 and the maximum 50 credits. After you adjust your bet, you should decide on whether you’d like to play with the sounds on or off. You can do that by clicking or tapping on the speaker. And then, you have the autoplay button, where you can set in motion 0 to 100 autospins, if that’s how you’d prefer to play the game.

When you start spinning the reels of Medusa II slot machine, you will notice that the Medusa wild appears on all reels and it appears stacked. When it does, it substitutes for all symbols, bar the scattered game logo.

As introduced, Medusa II online slot will deliver two special features, triggered at random. The first one is the Medusa’s locked reels feature. This is when the gorgon may lock 2, 3, 4 or all adjacent reels into one to display the same symbols in adjacent positions, during any base spin. The second one is the turned to stone stacked wilds feature. Here, the gorgon may send a soldier on the reels which will reveal stacked wilds, again, during any base game spin.

But, when you see 3 or more scattered game logos appearing anywhere on the reels, you should know that you’ve been awarded 10 free spins. Here, you will again have the 2, 3, 4, or all reels which get locked and display the same symbol, on each free spin, which is something that can take you to the most amazing prizes. Plus, should you land more scatters during the free spins, you will retrigger them, and you will be awarded 5 new free spins. The thing is, with Medusa appearing on the reels and locking the 2 to 5 reels together can be quite useful, as you can collect rewards that are way higher than the max 500x payout you can get for landing a winning combo with wilds. So, during the free spins, you should expect to win the most out of this slot!

Medusa II by NextGen offers an incredible RTP of 97.07%, which is rarely, if ever, seen in other slots by the developer. Secondly, it is a medium to high slot, meaning for the max bet of 50 credits, it will provide you with some staggering rewards, even though not that often. But since its gameplay offers two special features and bonus games in addition to wilds and scatters, you can rest assured that you will get to the payouts of up to 500x the stake per spin! If you’re ready to meet the beautiful, yet fatal gorgon, with snake eyes and hair, then load the game on any desktop or mobile device and get ready for some creepinessss!

Since the max bet in Medusa II online slot is only 50 credits, it is safe to conclude that the slot is an excellent choice for low-rollers. For such a small bet, you could win 25,000 credits in one spin for a winning combo with wilds, and considering you have two ways to get stacked wilds added to the reels and two ways to trigger the locked reels, you can rest assured that those kinds of wins will appear often. Plus, the slot offers a 97.07% RTP, something you would greatly benefit from, so if you’re a low-roller, hurry up, find and load the game right away!

You could also try out the original Medusa slot, just to get a sense of how similar or different these slots are. As mentioned in the intro, the payouts in Medusa are half the payouts in the sequel, so you should expect to see 12,500 credits wins often.

And if you’re a high-roller, there’s a Medusa-themed slot for you, too. Medusa Megaways is the last one in the series, at least so far, which has the popular Megaways mechanics that offer up to 117,649 ways to win, and an increasing RTP from 96.28% to 97.63%. The 50,000x the stake win which you can grab for a bet as small as 25 credits would translate to 1.25 million credits! That's a whole lot of reasons for you to try it out at one of our recommended New Jersey slot sites or Pennsylvania slot sites, right?