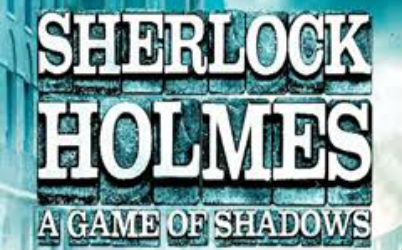 Game Provider: IGT
Play Sherlock Holmes: A Game of Shadows For Free!
Bookmark It For Later
Demo Not Available, Use The Offer Below To
Play for Real Money Now!
Showing , United States
EDIT LOCATION
locale:
Loading...

IGT secured the rights to one of the top movie franchises. The Sherlock Holmes: A Game of Shadows slot machine is based on the 2011 movie that starred Robert Downey Jr and Jude Law as the famous Holmes and Watson. It made over $500 million at the box office and while we wait for a third film in the series, we can at least enjoy this fantastic slot machine.

You will only enjoy it at a land-based casino though, as the Sherlock Holmes: A Game of Shadows slot game isn’t formatted to play online, on iOS or Android mobiles. So, we have used our best detective skills to track down a similar game at some of the top online casino sites.

Sherlock Holmes: A Game of Shadows is a five-reel slot that uses the '243 Ways to Win' system. Actual images of the main cast are used as symbols and clips from the film will play out as you uncover some of the bonus features. Extra rewards come to you via giant symbols, wild substitutions, and four different free spins rounds.

Put on your Deerstalker hat, light a giant pipe and see if you can solve the riddles of the Sherlock Holmes: A Game of Shadows slot machine. Then check out an online version which you can play from the comfort of home.

Setting Up Sherlock Holmes: A Game of Shadows Slots

With a bet range of between 0.20 and 60.00 per spin, this game is ideal for players on pretty much all budgets. Like all IGT slot machines, you will find that the Sherlock Holmes: A Game of Shadows is fully licensed for fair gaming. It comes with a generous return to player percentage that means most wagers are, on average, paid back in winnings.

Standard control options include an auto mode, so you won’t have to click a button each time you want to spin the reels. The gameplay can be speeded up by activating a turbo mode. Before you play, you should definitely read the paytable which shows you how much each symbol is worth and how the vast collection of bonus rounds work.

You win by matching three or more symbols across the reels from the left side. These symbols include books, chess pieces, hats and bombs, with Holmes and Watson each paying out the highest prizes when they appear.

Although you will claim steady wins by landing symbols across the reels, the Sherlock Holmes: A Game of Shadows slot machine has plenty of hidden rewards waiting for you. A wild symbol substitutes for others if needed, boosting the win-rate.

The wild, and the high-paying symbols can fill either a single symbol position, or as giant icons that fill two entire reels. It’s a great way to collect some big wins, although it isn’t actually guaranteed to result in winning combinations appearing.

Any three or more bonus symbols unlock the free spins games. Unusually, the Sherlock Holmes; A Game of Shadows slot machine offers not one, but four different free games rounds. The software decides which one you get, however. Eight free games are found in each feature, but unique extras can be found.

The 'Treachery on the Tracks' free spins round combines any Holmes or Watson symbols into a single type whenever a giant symbol appears. These then lock in place as other reel positions spin for free. In the 'Stag Party' feature, you get to spin a wheel to collect win multipliers or instant payouts.

If the 'Gypsy Party' free games are awarded, any time a giant symbol appears, it will turn into a wild symbol. This makes it much easier to complete a win across the reels. The Game of Shadows round opens a board game when giant symbols land. You get to pick from 12 spots on the board and collect a prize when you uncover two matching symbols on it.

The Verdict and an Online Alternative

If you are near a casino that features the IGT range, then Sherlock Holmes: A Game of Shadows is a highly entertaining slot, with a vast number of extra features. However, Sherlock Holmes: The Hunt for Blackwood is another game based on the movies and this time, you get to meet the characters online, on iPhones, iPads and Android smartphones and tablet computers.

This game also comes from IGT and it plays out over five reels, three rows and 30 paylines. It’s a medium volatility game that can be played with stakes of just 0.30 per spin, up to 60.00. Lower-value symbols such as a violin and magnifying glass are joined by high-value photographic images of Moriarty, Watson and Holmes.

During any spin, a mystery multiplier can randomly boost the value of your win by up to 10x over. Holmes and Watson can also combine at random to create a symbol that’s worth up to 300x your line stake.

Three or more bonus symbols takes you to Holmes’ room, where you need to pick objects to collect prizes, or find clues that lead to a further feature. The 'Blackwood Wheel Bonus' spins a wheel of fortune that pays up to 200x your total bet. There is even a free spins round where wild symbols lock in place and all wins are doubled.

Sherlock Holmes: The Hunt for Blackwood is just as feature-filled as A Game of Shadows, but with the huge advantage that you won’t need to head to a physical casino to play it. Try it out in free-play mode here, or play for real cash at one of our recommended Pennsylvania slot sites or New Jersey slot sites, where bonus funds are waiting to be claimed.