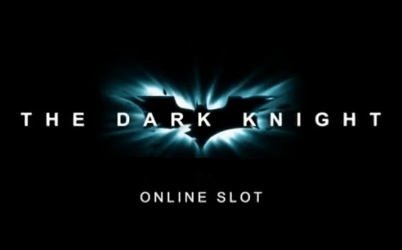 Game Provider: Playtech
Play The Dark Knight For Free!
Bookmark It For Later
Demo Not Available, Use The Offer Below To
Play for Real Money Now!
Showing , United States
EDIT LOCATION
locale:
Loading...

It’s rare that two casino games developers get the rights to the same franchise but that’s exactly what happened with The Dark Knight. Both International Game Technology and Microgaming were given the task of turning the smash-hit 2008 Batman movie into slot machines, with IGT handling the land-based version and Microgamings’ slot machine available at online and mobile casinos. We’ll take a look at the IGT Dark Knight video slot first and then see what the online alternative is like.

Whether you’re at a physical casino site or in the virtual world, The Dark Knight slot games bring the story from the big screen with fantastic style, gameplay and features. While most IGT slots are featured in nicely-designed cabinets, The Dark Knight is an impressive sight to behold on the casino floor. Five machines, each with their own individual sets of reels are linked together, while a massive 100-inch display sits above them.

Images of Christian Bale as Batman and Heath Ledger as The Joker look down on players as each of the five-reel, 20-line games plays out. Gamblers can choose to have either character as their own, although the gameplay and features are identical. Read on to see how The Dark Knight slot machine works and then take time to review the Microgaming slot, which you can then play on a desktop PC. iOS or Android powered mobile device.

Once you have decided on whether to be hero or villain, it’s time to place wagers on the game. The IGT version is very much a slot machine for casual, low-stakes players looking to enjoy a game based around a hit film. It’s categorized as a ‘Penny Slot’ which literally means that you will be staking pennies on each spin of the reels.

You have the option to check out the paytable before playing, which lists what each symbol is worth when 3 or more of a kind stop across a payline from left to right. But because this slot targets inexperienced players who may just be visiting a casino while on holiday, detailed on-screen instructions are provided at each stage, particularly when the bonuses get triggered.

Common options that are seen with online slots, such as Autoplay and Turbo modes are not available, so it’s just a matter of choosing your wager and clicking the Spin button to get right in to the action.

The Dark Knight Gameplay And Bonuses

All of the symbols are related to the film, but what you really want to see are the bonus symbols, as these can pay out the highest prizes, and add extra excitement to the game. Joker masks will reveal cash awards when you touch each of the 12 on screen in the Agents of Chaos round. The Sonar Vision bonus works in a similar way, awarding coins when you click the video monitors within the Batcave. But the Sleight of Hand round works a little differently, as you flip over the Jokers’ playing cards to reveal cash prizes, extra rounds or credits which are shared with anyone else playing across the five sets of reels.

You also get to activate the giant screen above the reels in the Battle for Gotham round. Players collect coins and once there are enough, Batman and the Joker race through the streets of Gotham, collecting cash awards along the way.

The Dark Knight By IGT – Summary And Alternative

Without doubt, the IGT version of The Dark Knight is an exciting game, packed full of action and all themed around the movie. If you like to play for small stakes and you are a fan of the film (which made over $1 billion at the box-office, so it’s got lots of fans), this is a great game to play. But it’s not available online and the Microgaming version isn’t found at land-based casinos, so the one that you play depends entirely on where you are.

As most players will be online or on their mobile devices, let’s take a look at The Dark Knight slots from Microgaming, and see how and where you can play it. This is a five-reel slot machine that has 243 Ways to Win running across it. It means you win by landing symbols anywhere on adjacent reels from the left side. Batman is a wild symbol, able to create extra winning lines for you, while The Joker is a scatter icon who triggers a free spins round when he lands in any 3 or more places at once.

During these 15 free games, wins are tripled in value and Batman or The Joker can add extra games or win multipliers to the feature. Along with the style and potential for wins, the highlight of the online Dark Knight slot has got to be the progressive jackpot feature. Players are randomly shown a wheel of fortune, which can land a coin award or the Mini, Minor, Major or Mega jackpot prize. The Mega can be worth millions of Dollars or currency equivalent.

Both of these slots have their own special appeal, but if you want convenience and the chance for huge payouts, check out the Microgaming version. It’s found at some of the top top Pennsylvania slot sites or top New Jersey slot sites, and to help you get off to the best possible start, bonus funds can be claimed when you open an account at the recommended sites.