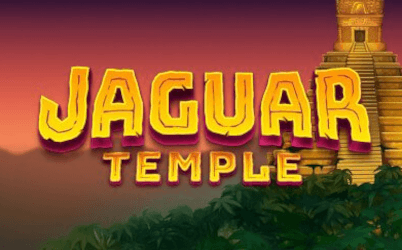 Designed by the creative minds of Thunderkick, Jaguar Temple is a modern 5x3 slot machine that offers players a 96.1% RTP, 20 fixed paylines and a medium-variance gameplay that’s spiced up with some interesting bonus features. Play for real money at one of our recommended online slots sites for a chance to enjoy a fair slot session and win a slice of the 200,000.00+ jackpot! 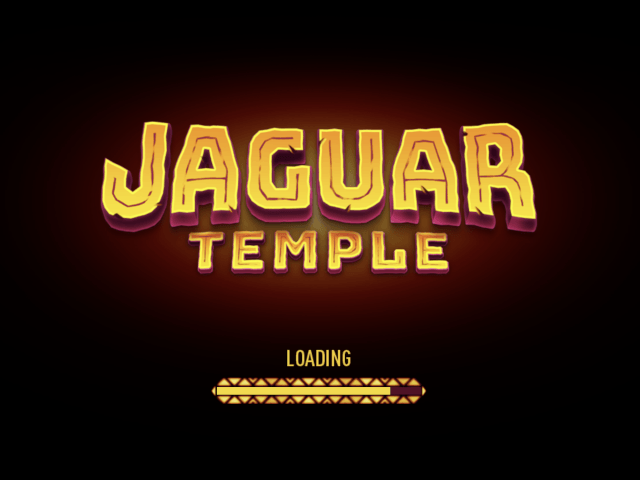 Climb to the top of the Incan Empire’s most prized monument with the Jaguar Temple slot and get to uncover big cash prizes lying in the depths of the jungle.

Inspired by one of the most fascinating civilizations in human history, Jaguar Temple by Thunderkick offers you a vibrant presentation full of ancient artefacts and generous extras. Expanding wilds, mega symbols, and free spins bonuses are all part of the playing experience, giving you various ways to earn something without paying more.

You don’t really need to have a long experience with slot machines to play Jaguar Temple because this game features only three screen controls that allow you to easily set up your wager and play. Press the chip button to select your stake and then use the auto or manual spin controls to get started. You can spend anywhere from 0.10 credits to 100 credits on each round you play, depending on your budget.

Prizes in the Jaguar Temple slot can be won on 20 fixed paylines and by collecting up to eleven symbols per spin. To see all the paylines, symbols, and prizes, just click the menu button on your bottom-left and open the slot’s paytable. The prizes will be shown to you in credits and they will vary according to your chosen wager size. The card suit symbols give the smallest rewards when playing for real money, paying you between 0.50 and 10x your stake per sequence, while the picture icons offer more attractive prizes of up to 50x your wager. And what’s great is that the slot can also help you collect more than one max payout per round should you activate its unusual mega symbol feature.

If you prefer playing on the mobile casinos on your smartphone, Thunderkick also offers you an HTML5 version of the game that you can enjoy on any iOS and Android device. The mobile playing experience is almost identical as when using a computer, except that the controls are rearranged to allow for faster gaming.

If you want to win some of the hidden prizes of the temple, you’ll need to collect at least three identical symbols in a left-to-right sequence on any fixed payline. The three symbols you’ll want to watch when playing for real cash are the lama, fish, and golden jaguar symbols as they pay the highest returns of 20x, 25x, and 50x your wager, respectively. The golden jaguar is especially valuable because it can also trigger the mega symbol feature.

The mega symbol feature can be randomly triggered both during the base game but also the bonus round. This feature creates a large 3x3 golden jaguar symbol which is counted as nine icons and appears only on the three middle reels. If you collect the mega symbol along with jaguar symbols on every other position on the first and fifth reel, the slot will pay you a bonus prize of up to 100,000 credits (1,000x your wager). But even when such a combination doesn’t appear, you can still snatch up some good payouts by combining the jaguars with the wild symbols.

Another exciting icon to pay attention to is the bonus scatter symbol, three, four, or five of which can trigger a bonus of 10, 15, and 20 free spins, respectively. The free spins are played with more mega symbols for maximum winning potential but also special expanding wilds. These bonus icons can expand to cover a full reel with wilds that substitute for all base symbols, giving you a chance to complete multiple winning sequences at once and get better bonus prizes.

The RTP in the Jaguar Temple slot game is 96.1%, which is quite fair, and the hit ratio is high enough to give you plenty of prize triggers but not that high to suggest that big wins aren’t very probable. With prizes going up to 204,500 credits per spin (2,045x your wager), there will certainly be some attractive payouts waiting for you, no matter what device you use.

If you’re looking for a game with wide wagering limits, balanced rewards, and a fun presentation, the Jaguar Temple slot is worth trying out. As a medium-variance slot machine with multiple bonus features, this new online casino game can offer you a chance at banking some really solid prizes but without getting too risky.

However, if you’re a player who likes volatile slot machines more, Thunderkick also has a few high-variance games that may be more suited to your taste. The Midas Golden Touch slot, for instance, likewise gives you free spins and wild symbols but also sticky respins and a bigger jackpot of 10,100x your wager. And if you’re looking for a unique playing experience and some really volatile payouts, you can also check out the Fruit Warp slot machine – a game with no paylines and a progressive respins feature that hides prizes of over 1,100,000 credits. For even more similar slots and other exciting games from the software provider, make sure to pay a visit to some of our trusted Thunderkick casinos!