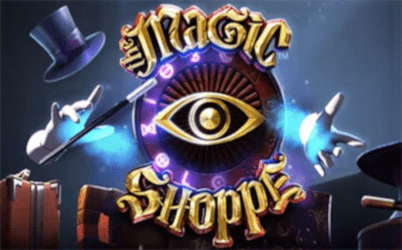 If you’re missing a touch of mystery in your life, BetSoft’s new Magic Shoppe online slot is here to help. Discover the beauty of the arcane as you sit down to play this sleek 5-reels game and get to enjoy a variety of profitable prizes you can trigger on up to 25 fixed paylines in this medium variance slot which offers a 96.7% RTP. Learn more about Magic Shoppe's bonus features and how they can be triggered by reading our full review. 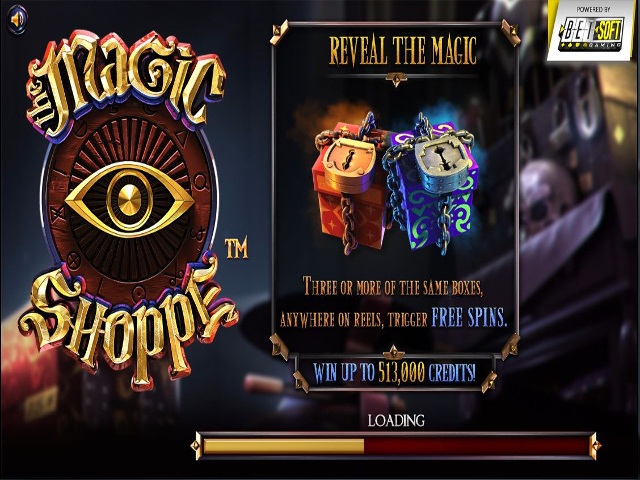 Designed to work smoothly on any mobile device and computers, The Magic Shoppe can give you a dose of great slot entertainment no matter where you go. Play it for real cash through a licensed BetSoft casino and you just might win a portion of 513,000 coins. If you’re a Betsoft fan, you know that you can expect some appealing cinematic bonuses out of almost every slot machine that the studio builds. The Magic Shoppe doesn’t disappoint and comes with two types of free spins games, a double-up feature, as well as a magical bonus that transforms other symbols into wilds.

If you haven’t played slots online before, don’t worry, because the Magic Shoppe online slot by BetSoft is truly easy to play. You start each session by adjusting the bet controls on your left which let you choose your coin value and the number of coins per payline. By tweaking these controls, you can go from a minimum stake of 0.25 credits to a maximum bet of 125 credits and a wide range of bets in between. And once you set up your stake, you can just use the manual or AutoPlay spin buttons to begin playing.

Once you get started, you will have 25 fixed paylines on the screen to help you earn money, which you can see at any time by pressing the numbers that border the reels. You can win payouts with 11 symbols on these win lines, each offering prizes in coins that increase the more coins per line you bet. When you play for real money with one coin per payline, you’ll be able to collect payouts of 5-2,400 coins per sequence. Increasing the number of coins to five, however, will get you 5x bigger prizes that can amount up to 12,000 coins for a five-of-a-kind win. And thanks to the built-in double-up feature, this slot also gives you an unusual chance to boost even payouts that are high as that, but only during the base game.

You can also enjoy Magic Shoppe on your smartphone or tablet for some profitable gaming on the move. As an HTML5 casino game, this slot can be played smoothly on all iOS and Android mobile devices. Use the touch-sensitive spin control to get started immediately or enter the top-left menu to tweak your bet and engage the AutoPlay mode.

Once the magic show starts to unfold and the symbols begin spinning on your screen, you will need to wait for a sequence of at least three identical symbols to appear on a payline, from left to right, to trigger a prize. The most profitable base symbols you’ll want to keep an eye out for while playing are the handcuffs and crystal skulls, which hide prizes of up to 4,000 and 5,000 coins, respectively.

But no matter which symbol gets you paid, you’ll still be able to earn more from it by using the slot’s double-up game. This game can be activated after every payout by pressing the “Double Up” button next to your spin control. Like in other BetSoft slots, this extra feature will let you bet 50% or all of your winnings on a coin toss, allowing you to double the money if you guess right or lose it when you guess wrong.

The slot also features three special symbols: one wild symbol and two individual scatter symbols. The wild symbol can substitute for every other icon apart from the scatters or magic wands but also trigger payouts of up to 12,000 coins. The two scatters, on the other hand, can trigger two different free spins games when you get three or more of the same symbols during a round, in any position. The maximum number of free spins you can win is 12 and they can also be retriggered. The scatter symbols can also transform into wild symbols if they appear together on the screen with three magic wands – symbols that can likewise transform into wilds that substitute and pay.

If you enjoy playing captivating slot machines that aren’t too volatile, Magic Shoppe will be worth taking a spin on, even if it’s only for free. Offering BetSoft’s recognizable entertainment value and a few lucrative extras, this slot is a match for any modern punter in search for mid-variance games. With payouts of up to 513,000 coins available while playing for real cash, there’s definitely a profit to be made in this slot, although the higher hit rate hints that any huge wins won’t come so often.

If you don’t mind taking a risk in compensation for the opportunity to win bigger payouts, you also have a couple of great high-variance games that BetSoft makes. For something just as mysterious and engaging, you have the 30-paylines Blood Eternal slot which offers prizes up to 965,620 Coins. There’s also the Fire & Steel slot, which offers an epic theme, both way-payouts, and more volatile gameplay than Magic Shoppe. For a chance to try these slots for real money or for free, but also to get some lucrative welcome promotions, make sure that you check out some of our top BetSoft operators.