Ahead of the 2020 renewal, we take a look back at the five shortest favourites to have won in recent Breeders' Cup history.

As 4/6 favourites, American Pharoah (pictured above) and Groupie Doll won the 2015 Breeders' Cup Classic and the 2012 Filly & Mare Sprint (Dirt), both in emphatic style. The mare, bred in Kentucky and trained by breeder Buff Bradley, cruised into the lead at the eighth pole and powered to a 4.5 lengths win, later earning the title: Champion Female Sprinter of 2012. She won the race and title again in 2013 and was sold for $3.1million as a broodmare.

American Pharoah earned his short odds by becoming the first winner of the US Triple Crown since Affirmed in 1978. He arrived at Keeneland for the Classic having suffered only one defeat in his three-year-old year, and duly made amends with a 6.5 length win that set a new track record of 2:00.07.

American Pharoah earned $8,288,800 in 2015, the most money ever won by a racehorse in a single season in North America, and his Classic run made him the 2016 IFHA World’s Best Racehorse and the 2015 Eclipse Awards Champion three-year-old and Horse of Year. He is the shortest-priced winner of the Breeders' Cup Classic. 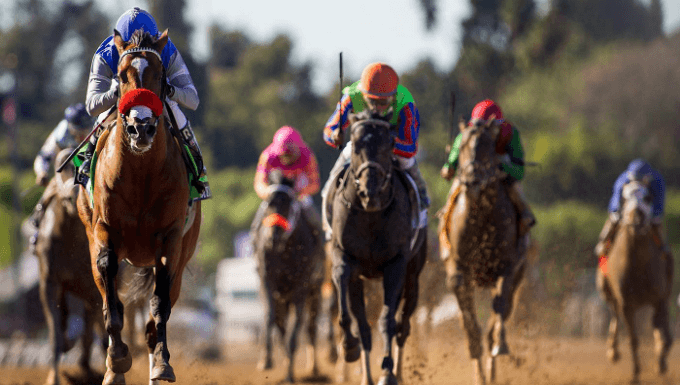 Through two dark years, Goldencents kept a smile on trainer Doug O'Neill's face, no win more satifying than in the 2014 Breeders' Cup Mile. Forced to hand the Into Mischief colt over to assistant Leandro Mora, through a 45-day suspension for doping violations, O'Neill was deep in the lowest point of his 25-year career.

But Goldencents would not be denied. Sent off at odds of 8/13f, the habitual front-runner was the reigning champion, and produced a gutsy performance for jockey Rafael Bejarano. The four-year-old first went clear with Vicar's In Trouble, burning him off by halfway, but as they rounded the final bend, Tapiture ranged up on their outside.

"When Tapiture started coming up, I started to sweat cold again," said Bejarano, "but then it was all over." The pair rolled off the rails, the horse stuck his head down and they battled to a 1.25 length win, Goldencents concluding his career in style and moving to restore O'Neill's reputation. 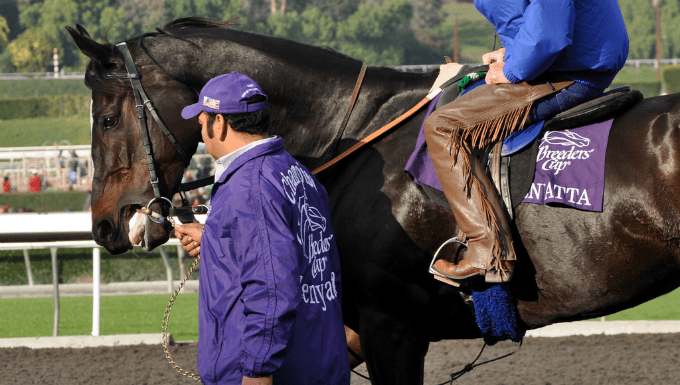 She was a little-known giant when winning the Ladies Classic in 2008, compared to the behemoth Zenyatta would become by the time the 17.2hh lady ended her career in 2010.

Nevertheless, this unique filly with that statement long stride, was sent off as the 1/2 favourite to win the 2008 Distaff - Ann and Jerry Moss's star having gone unbeaten in all nine career starts, and already on her way to breaking the legendary Eclipse's record of consecutive wins.

Having sat last from the gates, jockey Mike Smith began his run round the home bend, pulling five horses wide down the home straight and taking the lead with half a furlong to race. It was a performance only topped by her 2009 Breeders' Cup Classic win.

There she equalled Rock Of Gibraltar's consecutive Group/Grade 1 record with an eighth win at the highest level. She went on to record 13 Grade 1 wins, and beat Eclipse's record of 18 straight wins by one. 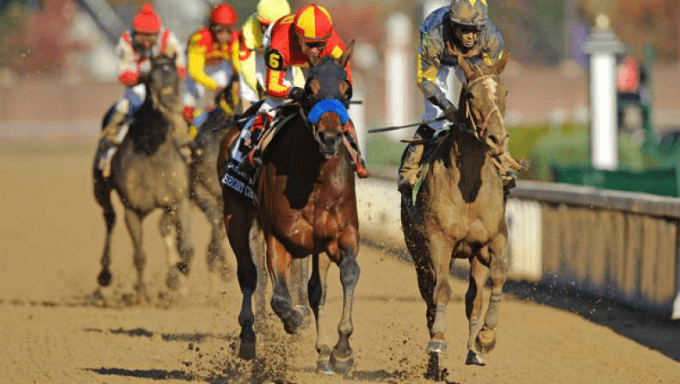 Bob Baffert's latest juvenile sensation Secret Circle arrived at Churchill Downs for the inaugural Juvenile Sprint unbeaten in two impressive starts. Perhaps finding the step up to Grade 1 level too easy, the son of Eddington zig-zagged his way to yet another win, justifying odds of 2/5f, the second shortest odds a horse has carried in Breeders' Cup history.

Like any true Breeders' Cup great, he returned two years later to win the Sprint at Santa Anita and went on to crown his injured-punctuated career by landing the 2015 Dubai Golden Shaheen - the only US-trained horse to win on that Dubai World Cup Night at Meydan. 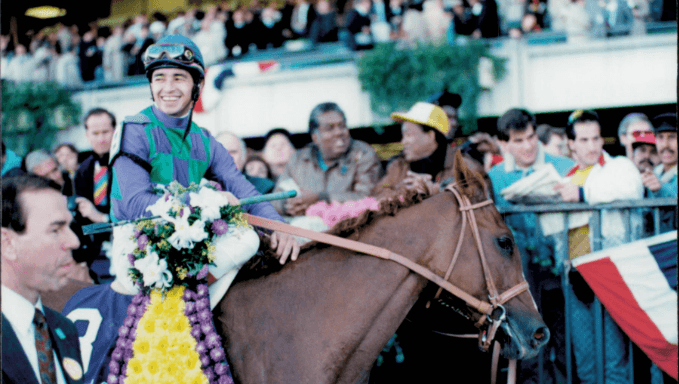 Owned by US billionaire Carl Icahn, Meadow Star was a modest chestnut filly, bred in Florida and costing $90,000 as a yearling, who went on to produce the world's richest racehorse.

That day at Belmont in 1990, when she galloped away with the Juvenile Fillies at stunning odds of 1/5, she set a Breeders' Cup betting record, which may never be beaten. The daughter of fragile Grade 1 winner Meadowlake, she was trained by Leroy Jolley to go unbeaten in six runs, and was already being talked of as a Kentucky Derby hope for 1991.

She didn't run in the Derby, but did stretch her unbeaten run to nine and went on to win the 1991 Mother Goose Stakes at Belmont, having been crowned 1991 Champion Two-Year-Old Filly at the Eclipse Awards.

Icahn's great mare has continued her legacy through offspring Grechelle, the mother of Bubbler, who foaled Arrogate - winner of the 2016 and 2017 Breeders' Cup Classic, and the 2017 Dubai and Pegasus World Cups, which makes Prince Khalid Abdullah's colt the world's richest racehorse with earnings in excess of $17.4million.

There are others who have won at odds-on, and perhaps earlier on in Breeders' Cup history even some priced smaller than these, but since the influx of European-trained runners, and therefore the rise in Europeans betting online on the Breeders' Cup, these are the skinniest victors.

>> Check out our list of the shortest-priced favourites in Breeders' Cup betting history - that lost!

© PA
The 14 Biggest Upsets in Sporting History
Genius Sports Buys Data Firm Second Spectrum in $200M Deal
Penn National’s Strategy: Keep Appealing to Younger Crowd
By continuing to use our site you agree to us using cookies in accordance with our Cookie Policy .
Got It
×