The 10 Biggest Upsets in Sporting History

When sports commentators exclaim that a series of events could not be written even by the most skilled script writers in Hollywood, they are usually exaggerating. Sometimes, though, sport produces moments that would indeed be deemed too far-fetched for fiction.

Everyone loves an underdog tale, and the thought that David can occasionally overcome Goliath is part of what continues to make sport one of the most popular pastimes on the planet.

Here are 10 of the greatest sporting upsets of all time, featuring improbable comebacks, unexpected one-off triumphs and more sustained surprises. 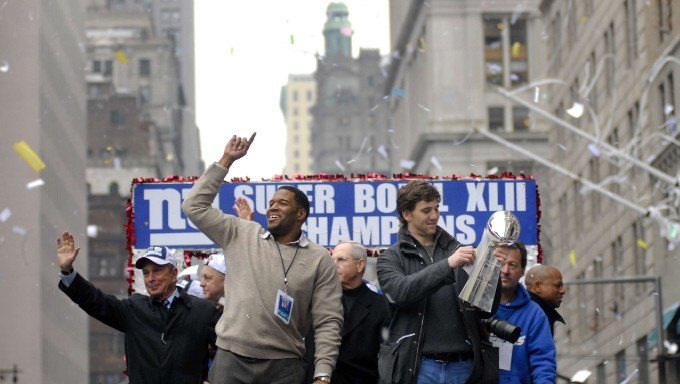 Going into the 2007 Super Bowl, the only thing undecided seemed to be the margin of the New England Patriots’ victory. Having won all 16 of their regular season matches, Tom Brady and co. were expected to see off the New York Giants with a minimum of fuss.

As you can probably guess, things did not work out quite like that. The Giants played the game of their lives, with David Tyree’s sensational catch swinging the momentum in his team’s favour. By the end, the Giants were celebrating an unlikely 17-14 victory. 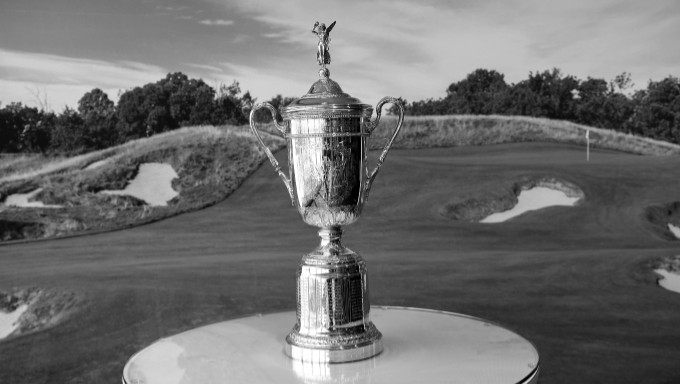 John Fleck had only been a full-time golfer for six months before his improbable success at the US Open in 1955. Barely anyone paid attention to him after the first day of action, when the rookie found himself nine strokes down.

Fleck played some excellent golf to fight his way back, but pre-tournament favourite Ben Hogan – who was chasing his fifth US Open title – looked to have one hand on the trophy when he made par on the 72nd hole to reach a total of 287.

But Fleck had other ideas, and it was the 33-year-old who claimed the prize following an 18-hole play-off. He never won another major. 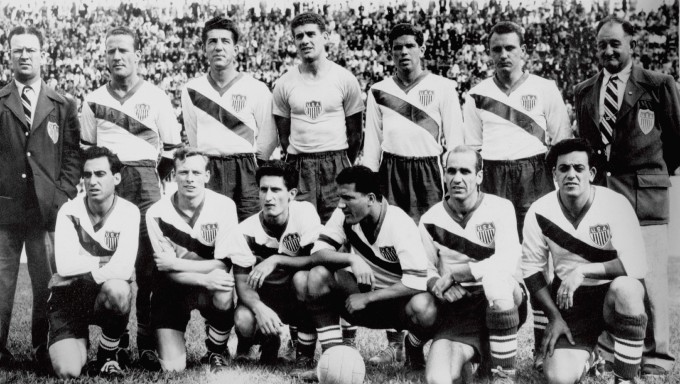 Going into the 1950 football World Cup, the United States were 500/1 underdogs to win the tournament. They did not quite manage that feat, but they did beat England in what is arguably still the most extraordinary upset in the history of the competition.

To call this David vs Goliath would be to overstate the Americans’ ability. The US had lost their seven matches by an aggregate score of 7-2 and were described as “sheep ready to be slaughtered” ahead of the group-stage game – and that was by their own manager. But the part-timers triumphed over the professionals thanks to a strike from Joe Gaetjens and some heroic goalkeeping from Frank Borghi, a hearse driver from Missouri. 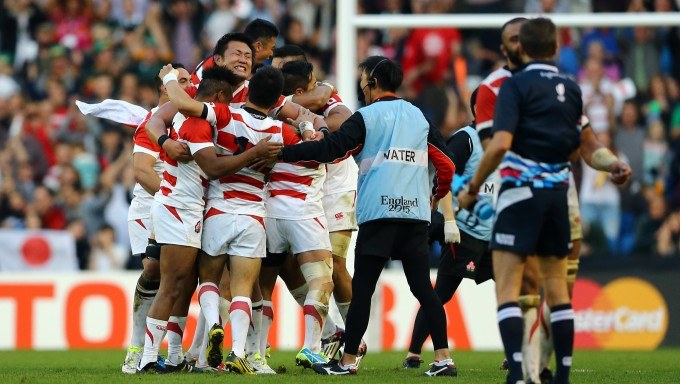 Japan had only ever won a solitary Rugby World Cup match heading into the 2015 edition of the tournament. And although they had made progress in the two decades since a 145-17 evisceration by New Zealand, they were still minnows who seemingly had little chance of making any sort of impact in England.

That was until Japan took on South Africa in Pool B’s opening contest. The South Africans were among the leading contenders to win the trophy, and were expected to make light work of Japan in Brighton. Instead, a thrilling encounter ended in a 34-32 Japanese victory, as the team coached by Eddie Jones upset pre-game odds of 80/1 in what is known as the 'Miracle of Brighton'.

6. United States beat Soviet Union in the ‘Miracle on Ice’ 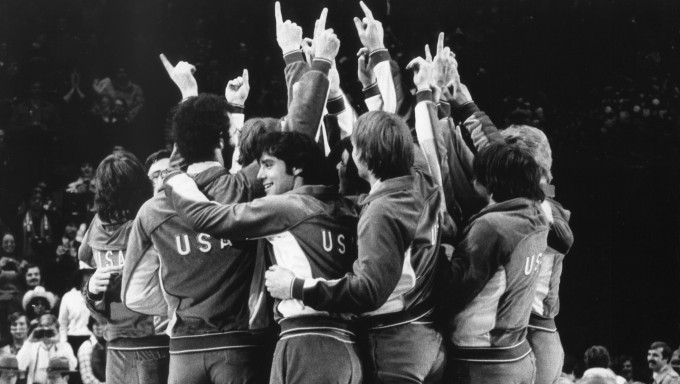 The Soviet Union were the best ice hockey team in the world in 1980. They had already won four gold medals at the Olympics and were heavy favourites to win a fifth in New York, where the United States provided the opposition.

Whereas the Soviet Union team was made up of world-class professionals, the US had to mostly make do with amateur players who turned out for various college teams. Yet despite that disadvantage, the hosts’ counter-attacking game plan produced a 4-3 victory in the final, sending shockwaves through the sporting world.

5. England beat Australia in the third test of the 1981 Ashes 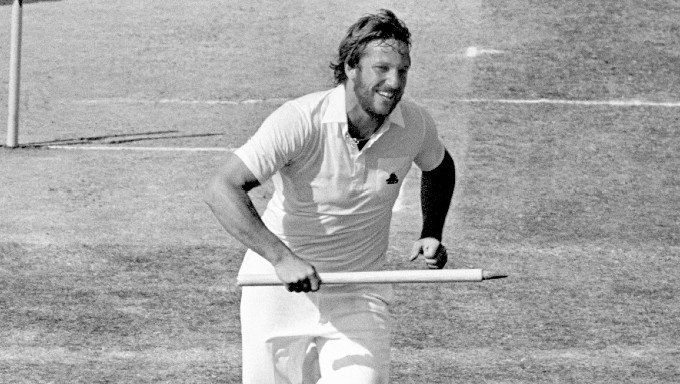 Between 1989 and 2003, Australia won all eight Ashes Series contested between them and England. Prior to that, it was England who were dominant, beating their old rivals in five of the six editions held between 1977 and 1987.

One of those, 1981, looked to heading Australia’s way. The visitors won the first test by four wickets and then drew the second at Lord’s. The Australians had declared on 401-9 in the third, before England were bowled out for 174, thus resulting in a follow-on.

Odds of 500/1 were offered on an English win, with the hosts floundering on 135-7 in the second innings. Then up stepped Ian Botham, who scored 149 not out and then handed over to Bob Willis, who took eight wickets as Australia were bowled out for 111. England were victorious by 18 runs and went on to win the series 3-1. 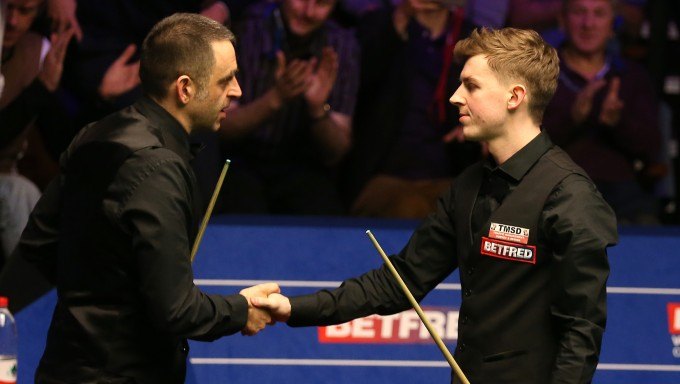 Ronnie O’Sullivan has won six Snooker World Championship titles, just one behind Stephen Hendry in the all-time rankings. The Rocket is considered by many to be the greatest snooker player of all time.

That is why it was such a shock when O’Sullivan was dumped out of the 2019 World Championship by an unknown amateur. James Cahill was available at 22/1 to beat the Essex-born maestro in the first round in Sheffield, but he upset the odds to win by 10 frames to eight.

Cahill stormed into an 8-5 lead, but the momentum was with O’Sullivan after the scores were levelled up at 8-8. Remarkably, the 23-year-old won the next two frames to complete the greatest upset in snooker history. 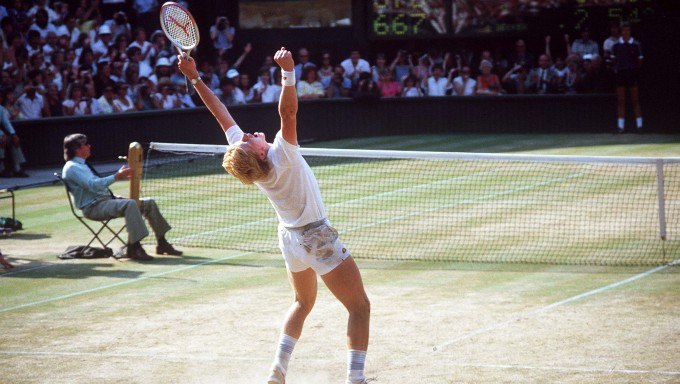 By the time he hung up his racket in 1999, Boris Becker had won six Grand Slam titles – including three at Wimbledon. His first in 1985 was an astonishing accomplishment, with the 17-year-old becoming the first non-seeded player to win one of the most prestigious competitions in sport.

Pat Cash, Jimmy Connors, John McEnroe, Ivan Lendl, Mats Wilander and Kevin Curren were all more fancied for success than Becker, but it was the German who triumphed. After he got his hands on the trophy following victory over Curren in the final, one anonymous fan collected a sizeable windfall – he had put £10,000 on Becker going all the way at odds of 18/1. 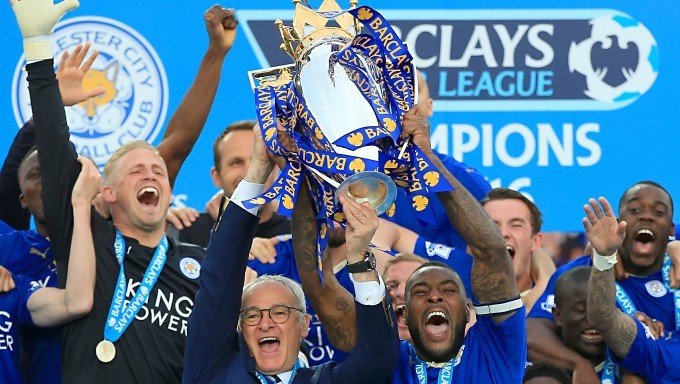 Leicester only just avoided relegation to the Championship in 2014/15, winning seven of their final nine matches to complete one of the Premier League’s most impressive great escapes. Claudio Ranieri replaced Nigel Pearson as manager in the summer and produced an even bigger miracle in 2015/16.

The Foxes were listed as 5000/1 to win the title at the start of the season, with most onlookers tipping them for the drop. But with the pace and finishing ability of Jamie Vardy, the trickery and guile of Riyad Mahrez, and the ball-winning prowess of N’Golo Kante, Leicester stunned the football world by finishing 10 points clear at the top of the Premier League table. 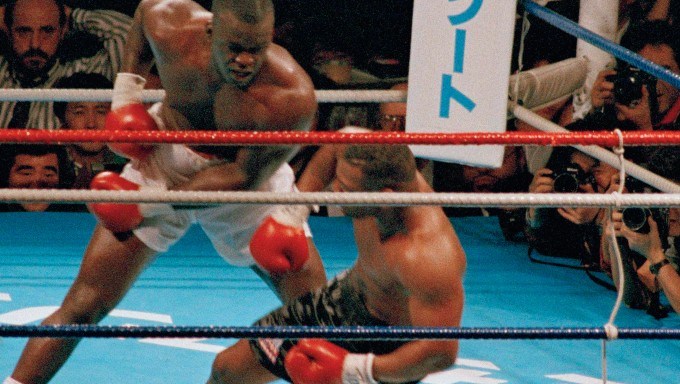 Mike Tyson was the undefeated, undisputed heavyweight champion of the world. Buster Douglas was a 42/1 outsider whose opposition in the ring was supposed to serve as a gentle warm-up for a bout with Evander Holyfield.

Widely considered the best pound-for-pound boxer in the world, Tyson was expected to make light work of his fellow American. Larry Merchant and Jim Lampley, two analysts working for HBO, went as far as to say they thought the fight to be over within 90 seconds.

Instead, it often ranks as the biggest upset in heavyweight boxing history. Douglas made a strong start, immediately letting Tyson know that he was not going to be pushed around easily. The champion struggled to find his rhythm, and Douglas duly grew in confidence. The knockout blow came in the 10th round and remains one of the most extraordinary moments in boxing history.

© PA
5 Outsiders That Could Outrun Their Grand National 2021 Odds
© PA
London Mayoral Odds Say Sadiq Khan Landslide Not Guaranteed
By continuing to use our site you agree to us using cookies in accordance with our Cookie Policy .
Got It
×