Age of the Gods Online Pokie 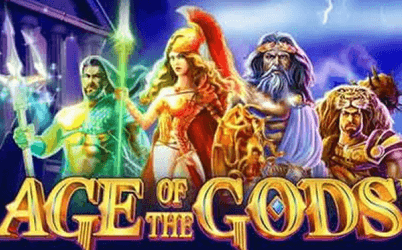 Play Age of the Gods For Free!
Bookmark It For Later 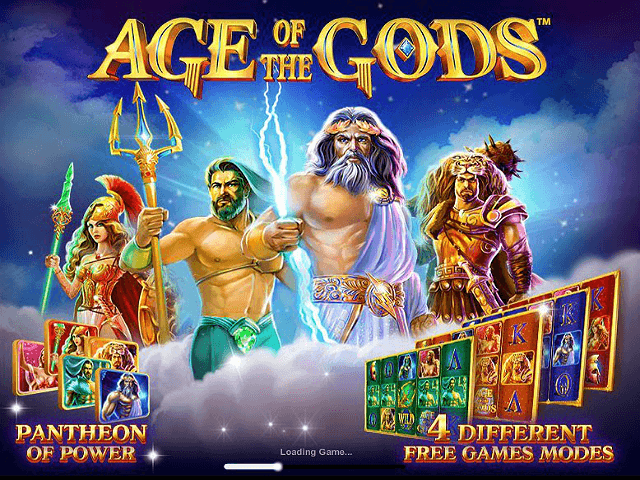 Play Free Demo
Version Directly in Your Browser
Play Age of the Gods For Free!
Bookmark It For Later

Many slot games make the claim that they'll go down in history, but with a mythological theme based on the gods of ancient Greece, Age of the Gods from Playtech has the divine credentials to do so. This awesome game was the first of the brand's series, which now boasts eight titles.

Featuring five reels, 20 paylines, powerful gods, multiple bonus features and a progressive jackpot, it delivers a slick video slot experience with the high quality you expect from the powers that be at Playtech. If you're a gaming rookie with this slot series, then the original epic game is where you'll want to start!

About Age of the Gods Online Slot Game

Taking a spin on the Age of the Gods online slot machine transports players to the mystical world of the Greek gods. This feature-packed game looks and sounds great, with the reels set amid the stunning mountain pantheon of Olympus. Slot symbols include Zeus, Athena, Poseidon, Hercules, Aphrodite, laurel wreath wilds, scatters and Greek alphabet icons.

You can spin the reels from 0.20 to 500.00, with a jackpot up to 1000x your bet in the base game – and life-changing sums if you strike the progressive jackpot! The gurus at Playtech mention on their website that Age of Gods was the original game that launched one of the most successful slot series seen on the internet:

"The global success of our Age of the Gods suite across our many international licensees and their players has been incredible..."

Although this slot was the original game in the series, which includes titles like Fate Sisters and King of Olympus, it still makes waves with its innovative features, slot specials, bonuses and interactive fun. One feature to look out for is the Pantheon of Power, which is launched when matching all five gods on a payline and triggers ten times your spin bet.

The game's free spin feature is also something to behold. Triggered when you match three or more Age of the Gods symbols, it launches a screen of gold coins. From here, select coins and match three god icons to play the free bonus games, which all deliver nine free spins:

You can keep triggering more free spin games from the gold coin screen until you reveal the Hades icon. Every Age of the Gods fruit machine links in to Playtech's progressive jackpot network, which can be triggered randomly on any spin and make you a millionaire. If you're after a classic slot with thorough theming, free spins galore and a prize bonus not to be sniffed at, head back to Ancient Greece with Age of the Gods!