Cat Wilde and the Doom of Dead Online Pokie 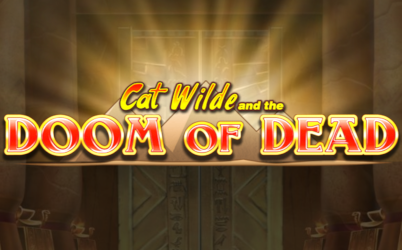 Play Cat Wilde and the Doom of Dead For Free! 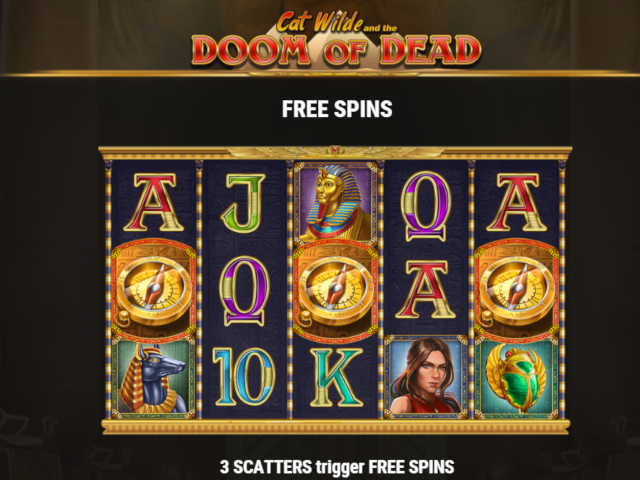 Slot Game Details Cat Wilde and the Doom of Dead

Cat Wilde and the Doom of Dead Online Pokie Review

This pokie has 5 reels and 3 row and features 10 paylines. Just like the Rich Wilde series, this game has an ancient Egypt theme. The artwork is very appealing with well-detailed pharaohs and mummies amongst other Egyptian icons, plus the title character. Cat Wilde and the Doom of Dead has a driving soundtrack but it gets repetitive pretty quickly.

Cat Wilde and the Doom of Dead Online Pokie Gameplay

Players who are new to real money pokies should pick up this Play’n GO online pokie game fairly quickly. The minimum bet is 0.10 credits and the maximum is 100 – click on the plus and minus arrows to adjust your stake.

Hit Autoplay – the orange circular button at the bottom right, next to the main spin symbol – to use anywhere from 10 to 100 automatic spins. On the extreme left, the symbol with three bars adjusts setting. Next to that is the volume on/off toggle, then the lightning bolt when turns Turbo Spins on and off.

Wilds can land on any reel and all five Wild symbols expand to fill each reel in this Play’n GO online pokies game. The Scatter symbol is a compass. They only appear on Reels 1, 3 and 5. Land the Scatter on all 3 reels and you’ll not only get an immediate payout, you’ll get 10 Free Spins (more on those later).

Cat Wilde and the Doom of Dead Free Spins and Features

Land three Scatter symbols in one spin to get bonus spins – 10 of them, in fact. Before those free spins begin, a symbol will be chosen at random to be a special expanding symbol for the length of the free spins round, as long as it already forms part of a winning combination. Those expanding symbols do not need to appear adjacent to each other to result in a winning combination. And during the free spins round, if you get 3 compasses during a spin again, you will get 10 more free spins.

The Wilds and Scatters appear at a decent clip and the expanding wilds are a nice touch, but there are no multipliers or random jackpots in this game.

RTP, Maximum Bet and Variance for Cat Wilde and the Doom of Dead

Cat Wilde and the Doom of the Dead has an RTP of 96.23%, a minimum bet of 0.10 and a maximum bet of 100. The maximum win is 5,000 times your bet in this high-variance game, for a max jackpot of 500,000 credits. See Gambling.com for information on our online casino bonuses and check out reviews of hundreds of online pokie games from dozens of manufacturers.

Cat Wilde and the Doom of Dead is probably best suited for high rollers on top online pokie sites. This is a game with high volatility and the 500,000 max jackpot is appealing. Players who don’t like to bet quite so much will perhaps not get the most out of this game. It’s a pretty steep drop between getting 5 matching symbols on one spin and 4 symbols – for instance, Cat Wilde is worth 100x the stake if she comes up five times in one spin, but only pays 7.50x for four.

For a game with higher jackpot, you could try Play’n GO’s Charlie Chance in Hell to Pay online pokie with a max payout of 666,600 credits and an identical RTP of 96.23%. The company also offers some exciting games paying tribute to rock bands, including Annihilator, Twisted Sister and the upcoming Saxon online pokie.