Rage of the Seas Online Pokie 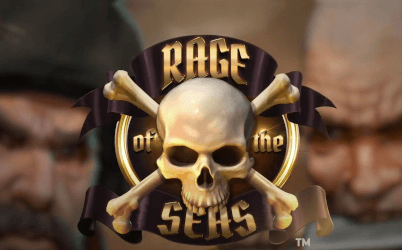 Enjoy high volatility gameplay on the high seas with a pirate-themed pokie from NetEnt. Rage of the Seas is a 5-reel game with an expandable 1024 ways to win that you can play on PCs and mobiles at some of the top online casinos. It comes with random bonuses and a valuable free spins round. Average returns are 96.04% and it’s possible to claim a bounty worth a huge 27,440x your bet. With a wide bet range, That adds up to over 10 million at the highest stakes.

Play Rage of the Seas For Free!
Bookmark It For Later 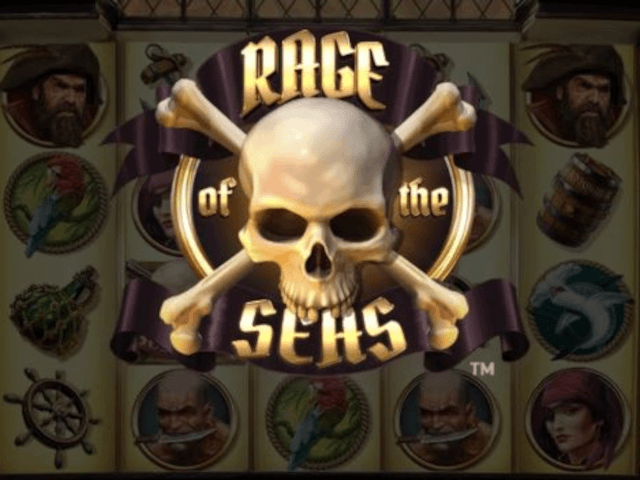 Play Free Demo
Version Directly in Your Browser
Play Rage of the Seas For Free!
Bookmark It For Later

NetEnt pokies are known for the quality of their graphics, and the Rage of the Seas pokie machine is a good-looking addition to the range. It sets the grid of symbols against the stern of a pirate ship, lit up by lanterns and decorated with skulls.

The realistic graphics include several members of the motley crew, an anchor, parrot, and bottle of rum. You’ll also see a wild octopus which can fill whole reels at a time, plus a chest that adds extra rows and triggers any of 5 random bonus features at our recommended online casino sites. You’ll also find free spins with at least 3 of these random features active throughout.

Available to play on PCs, iOS, Android, and Windows mobile devices, Rage of the Seas matches the dramatic theme to a high volatility and the chance to land one of the biggest prizes we’ve seen.

How to Play Rage of the Seas

The bet range is also exceptionally wide, attracting casual players and serious high rollers alike. You can spin the reels for as little as 0.20 or as much as 400.00, with lots of choices between these limits. Just click the little pile of coins on the control panel to open up the staking options.

Rage of the Seas comes with Autoplay and Fast Spin functions that are turned on or off in a click at the best online casinos, and the 3 little lines to the left of the controls take you to the paytable. It’s here that you see how much each symbol is worth when landing on any row across adjacent reels from the left.

In the base games, you have 1024 different ways to win, but this expands to a maximum of 5488 ways during the bonus round.

Rage of the Seas Pokie Free Spins & Other Bonus Features

The wooden chest is a Boost symbol, and when it lands on reels 2, 3, or 4, those reels expand from 4 to 7 rows high. This gives you more ways to win, and the Boost symbol triggers any of 5 features at the same time, which are active for the next spin.

You could see the giant octopus, holding the skull of his latest victim. It’s a wild symbol which acts as others if it can then complete combinations, and comes as a stacked symbol, filling 3 rows at a time, or spreading wild that extends across adjacent symbol positions.

The wheel and bottle symbols, or anchor and barrel, can be removed from the reels, making it easier to collect high-paying wins. The other option is for all wins to be doubled in value. If the Boost symbol lands on an already expanded reel, 2 features play out at the same time.

The skull and crossed pistols symbol in 3, 4, or 5 places at once will trigger 5, 8, or 12 free spins. The free spins also begin if 3 Boost symbols are collected on reels 2, 3, and 4 at once. During the bonus round, 3 random features will be active for each spin, so you will see more winning spins, often with a 2x multiplier attached.

The highest paying symbol right across the whole expanded reel set is an unlikely combination, but theoretically possible and leads to a win of 27,440x your stake. If you have the maximum of 400.00 bet on the triggering spin, that adds up to a colossal 10,976,000.00.

The return to players percentage of 96.04% is about average, and Rage of the Seas is a high volatility pokie where wins may come less often than in lower-variance games, but payouts tend to be higher.

Our Rage of the Seas Pokie Rating

Then exciting pirate theme, impressive graphics and ingenious features make the Rage of the Seas pokie one that players will come back to time and again. The Boost symbol is key to unlocking the expanded reels, and if it lands on the middle 3 at once, the full 5488 ways to win should be enough to land a win or two.

Just be sure to set your bet level to match the high volatility, as you may see several spins in a row without a win.