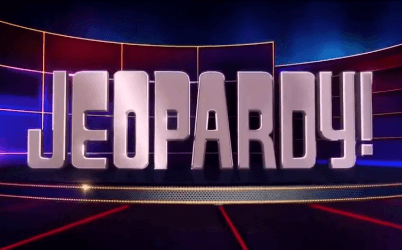 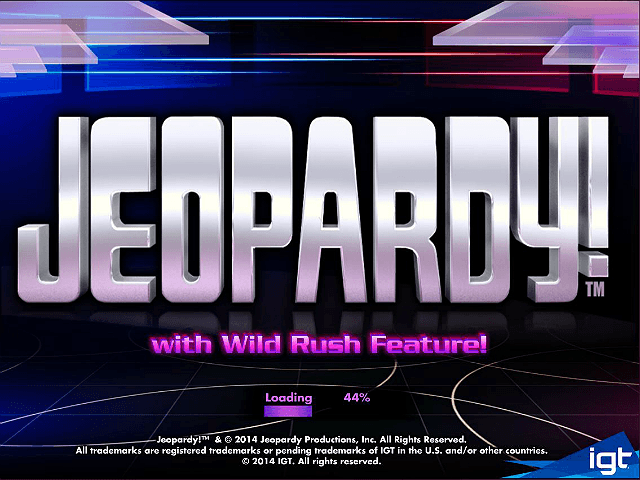 IGT are well-known for their range of exciting slot machines based on classic TV quiz shows. Unlike many of these games, which are restricted to land-based casinos sites, Jeopardy! can be played at online casinos and on your iOS or Android mobiles. That makes it a far more widely-played game than most of their range.

Knowing that millions more people can access slots from home, IGT have made the Jeopardy! slot machine an action-packed game that will appeal to the widest possible audience.

Hosted by the real stars, Alex Trebek and the Clue Crew, Jeopardy! is a 5-reel, 9-line slot that comes with special wild symbols that can fill whole reels at a time, plus a fantastic pick-a-prize feature where wins can add up to 125,000.00 at the maximum stakes.

If you have never seen the TV show, or just don’t like quizzes, you should still check out this game at the top New Jersey casino sites and top Pennsylvania casino sites, as it comes with a high return to player percentage and thrilling gameplay.

The original Jeopardy! show has been running since 1964. Contestants are given the answers to questions and have to reply in the form of a question. It’s a clever concept and IGT have managed to weave some of the features from Jeopardy! into this slot game. Are you ready to compete for the top prizes? Then ‘Come on Down’ (wrong show, but never mind), and let’s play Jeopardy!

You have quite a few options with the Jeopardy! slot game. Bets range from 0.01 per line, to 5.00, giving you overall minimum and maximum wagers of between 0.09 and 45.00 per spin. It should appeal to most bankrolls, although real high rollers may be disappointed that they can’t place larger bets.

Other control options include an autoplay function which is handy if you don’t want to click a button for each spin, and you can adjust the volume to suit. Fans of the show will probably love listening to the familiar soundtrack, but it can get pretty annoying after a while, so we think most punters will choose to mute it sooner or later.

Jeopardy! was designed from the outset to work across all platforms. That means it looks and plays just as well on desktop computers or mobile devices. A little bit of background detail is lost on the smaller screens, but this doesn’t affect the features, such as the unique prize picking round.

Check out the paytable to see what each symbol is worth and how the bonuses are triggered. It’s accessed from a little tab below the reels.

While the aim of the TV quiz is to answer questions, the aim of the Jeopardy! slot game is to line matching symbols across a payline from the left side. You’ll find that symbols representing topics such as Music, Sport, Geography and Science will pay out the smaller prizes. Bigger wins are yours when members of the Clue Crew, or host Alex Trebek appear in the right places.

The Jeopardy! logo is a wild symbol that can act as others, completing combinations when possible. If at least 3 wild symbols are seen, the Double Jeopardy feature is triggered, and any wins from the spin are multiplied twofold.

But the definite highlight of this game begins when you land the Jeopardy Bonus symbol in any 3 or more places at once. You will be taken to a grid of 30 blue tiles, which will be familiar to you if you’ve ever seen the show.

Simply click them, or touch them on a mobile screen, to reveal prizes. These wins accumulate in a pot and if you uncover a tile with the Double Jeopardy! symbol, any wins so far gained in the round are doubled.

Things get really exciting once you find the Final Jeopardy! symbol. You are then given the choice of collecting any wins so far, or gambling either all or part of them. If you go for the gamble, you will see 3 contestants.

Two of them add the Final Jeopardy! prize to your winnings, but the other contestant loses the gamble. It’s perhaps a good idea to risk just part of any wins from the bonus round, as that way you will collect some of your prize even if you pick the wrong contestant.

The Verdict and an Alternative Game

If you like the real Jeopardy! show, then playing this slot is a no-brainer. It looks great, with actual photos of the stars, and as you will have seen, the bonus rounds are outstanding. It comes with the guarantee of fair gaming that all IGT slots have as standard and a high return to player percentage of over 95%.

However, not everyone likes glitzy American game shows. If that’s the case, be sure to try Everybody’s Jackpot. It’s based around a made-up game show and has cartoon characters as the hosts. Played out on a 3x3 grid of symbols, Everybody’s Jackpot gets its name from the fact that a progressive prize is paid not only to the player who triggered it, but also to anyone who has played the game in the last 24 hours!

The triggering player gets most of the prize, but this is still a fantastic way to claim a win even when you are not actually at the game. Check it out at Playtech-powered online casinos.

Jeopardy! meanwhile, can be found at the top slots sites in New Jersey and Pennsylvania. Try it out in freeplay mode here or join Alex Trebek and the crew at one of these casinos to enjoy the outstanding gameplay and features for real cash.