6 Of The Biggest Ever Upsets At The Euros

We look back throughout the history of the European Championships to pick out the biggest upsets in the tournament's history.

Twenty-four teams will contest Euro 2020, while only eight were involved at Euro 1988. There were fewer nations on the continent back then, but qualifying for the European Championship was still tough; Portugal, France and a talented Yugoslavia all missed out on the eighth edition of the competition.

Republic of Ireland did make it to West Germany after topping Group 7 ahead of Bulgaria, Belgium, Scotland and Luxembourg. Still, most expected them to do little more than make up the numbers, particularly after being drawn in a group alongside England, the Netherlands and the Soviet Union. Ireland were 50/1 outsiders to win the tournament.

First up was a clash with England which, according to most pundits on both sides of the Irish Sea, was only going to end one way. The bookmakers saw it that way too, pricing the underdogs at 28/1 according to Ireland manager Jack Charlton, while Ray Houghton later recalled the limited ambition within the dressing room. “We didn’t want to embarrass ourselves,” he said. “Nobody gave us a prayer.”

It was Houghton who put Ireland ahead in the fourth minute, though, and thanks to some resolute defending and expert goalkeeping from Packie Bonner, the score remained 1-0 at the final whistle. The only surprise triumph at an international tournament that comes close to Greece 2004 is Denmark 1992. The Danes did not even expect to take part until late on, when they were called up to replace Yugoslavia after the outbreak of war in that country.

Odds of 20/1 in an eight-team tournament showed that the bookies did not fancy them, and few others did either.

Yet Denmark had some excellent players in their ranks, even if Michael Laudrup decided to continue his holiday instead of ending his international retirement. Brian Laudrup, Peter Schmeichel, Henrik Larsen and John Jensen were part of the team that edged out France and England to qualify from their group.

Denmark then held their nerve to beat the Netherlands on penalties after a 2-2 draw in the semi-finals, before overcoming Germany 2-0 in the final. Michael Laudrup should have bought travel insurance.

Check Out: Latest odds and offers available at these Football Betting Sites. When David Beckham bent home a late free-kick against Greece to send England to the 2002 World Cup, Otto Rehhagel was reflecting on a promising performance in one of his first games in charge of the Three Lions’ opponents. Few would have guessed then that Greece would win a major international trophy before England.

It was largely overlooked at the time, but Greece qualified for Euro 2004 in impressive fashion. Six wins from eight games saw them top their group ahead of Spain, despite scoring only eight goals. It was a sign of things to come.

Still, no one expected much of Greece by the time the European Championship began. They were priced at 150/1 to win the tournament and were expected to be cannon fodder for hosts Portugal in the opening game. Even after their shock 2-1 win in Porto, few took Greece seriously. A 1-1 draw with Spain and a 2-1 defeat by Russia put them in the quarter-finals but did not exactly send punters rushing to the new bookmakers.

It was in the knockout stage when Greece emerged as genuine contenders. Rehhagel’s side were defensive, well organised and a threat from set-pieces. That proved a recipe for success. They beat France, the holders, 1-0 in the last eight, then repeated that scoreline against a thrilling Czech Republic side in the semi-finals.

Portugal were expected to avenge their opening-day defeat in the final, but Greece again came up trumps. The hosts could not break them down, and Angelo Charisteas nodded home the winner from a corner. The 150/1 underdogs had done it. Greece won Euro 2004 with a defence-first policy. In that respect, Czech Republic were the anti-Greece. A talented team containing Pavel Nedved, Petr Cech, Milan Baros, Tomas Rosicky and Karel Poborsky quickly became the neutral’s favourites, with their attack-minded football lighting up the tournament.

Baros was the chief beneficiary of the side’s forward-thinking outlook. This was not a player entering the competition in the form of his life, however. In fact, the opposite is closer to the truth. Baros had scored just one goal in 13 Premier League appearances for Liverpool in 2003/04. His record in all competitions read: 18 games, two goals. In fairness, Baros did miss five months with an ankle injury, but he arrived in Portugal with doubts over both his form and fitness.

Thierry Henry, Michael Owen and Ruud van Nistelrooy were among the favourites to win the Golden Boot before the big kick-off, but it was another Premier League striker who got his hands on the prize. Baros opened his account in a 2-1 triumph over Latvia, then added another to his tally as Czech Republic beat the Netherlands 3-2 in a scintillating encounter. He moved onto three goals by notching the winner against Germany that sent his side through as Group D winners.

His crowning performance came in the quarter-finals, when Czech Republic breezed past Denmark. His strike partner, Jan Koller, broke the deadlock early in the second half, before a quick-fire Baros brace wrapped things up.

There would be no more goals as Czech Republic lost 1-0 to Greece in the last four, but Baros’ return of five was enough for him to become the surprise winner of the Golden Boot, edging out other pre-tournament front-runners Raul, Christian Vieri and It is remarkable that England have never won a European Championship knockout game on foreign soil. That run looked certain to end when they faced Iceland, the minnows of the tournament, in 2016. Instead, England were left to contemplate one of the most ignominious defeats in their history.

Roy Hodgson’s side had qualified for Euro 2016 at a canter, winning all 10 of their qualifiers. Optimism was dulled in the group stage, though. England plodded through as runners-up after drawing with Russia and Slovakia, and beating Wales with a stoppage-time winner. They did not look like champions in waiting.

Even so, England anticipated a straightforward encounter against Iceland. Indeed, after being paired with the tournament debutants in the last 16, the Three Lions’ odds on winning the whole thing were slashed from 10/1 to 17/2. England were available at a miserly 2/11 to beat Iceland, who were striving to overcome odds of 14/1.

That price only lengthened after Wayne Rooney gave England the lead from the penalty spot four minutes in. Iceland were soon level through Ragnar Sigudsson but, over on Sky Sports, former England manager Steve McClaren insisted there was nothing to worry about. Iceland went 2-1 up soon after.

From that point on, England froze. There was still plenty of time to get back into the game, and extra time was there as a safety blanket. But Hodgson’s side fell to the occasion and barely created anything of note, leaving Iceland to celebrate a truly stunning victory. 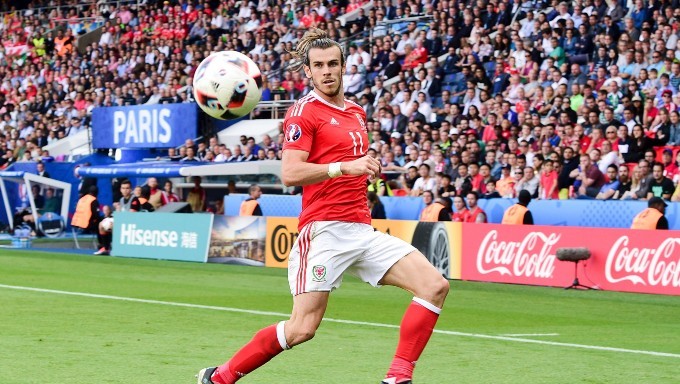 One of the biggest Cinderella stories of Euro 2016 saw Wales advancing to the semi-finals in their very first participation at the European Championships. The rugby-loving nation were 80/1 outsiders to win the tournament. Gareth Bale and Aaron Ramsey were the stars of the team and despite a 2-1 loss to England, Wales advanced from the Group stages as the top-ranked team in Group B, beating Slovakia (2-1), and Russia (3-0) along the way.

Making the Round of 16 was a success on its own, but Chris Coleman's boys had their eyes set on the big prize. Northern Ireland was another hurdle they successfully managed to overcome, winning the Round of 16 knockout game 1-0 to advance to the quarters.

It was supposed to be the end of the road for Wales, as their opponent in the quarter-finals were the heavily favoured-Belgium team. Belgium were loaded with talent and were given 4/5 odds to win, while Wales was offered at 4/1 with 888sport.

Belgium took early control of the game with Radja Nainggolan opening up the scoring in the 13th minute. Wales captain Ashley Williams leveled the game in the 30th minute with a delightful header. Robson-Canoe (55th minute), and Sam Vokes (85th minute) put the final touches on this historical achievement for Wales as they ran out unlikely 3-1 winners.

Wales made history, becoming the first-ever team to make the semi-finals at the European Championships in their debut campaign. The underdog tale came to an end in the next round, though, as Portugal celebrated a 2-0 victory in the semi-finals before going on to win the tournament.

© PA
Who Will Manchester City Boss Pep Guardiola Manage Next?
© PA
What Are The Odds On English Clubs Winning The Champions League?

© PA
How Long Can Rangers Hold On To Steven Gerrard?
© PA
How Euro 2020 Final Odds Differ in UK From Rest Of The World