After Shutdown 10 Years Ago, Poker Struggles to Re-Emerge

April 15 marks the 10-year anniversary of what is known in poker circles as Black Friday. On that day, the U.S. Department of Justice unexpectedly — and suddenly — shut down the major online poker websites. Poker has never recovered. This three-part series chronicles the road to Black Friday and the aftermath.

The impact of shutting down online poker in the U.S. by the Department of Justice on April 15, 2011, was immediate.

When Black Friday struck — with PokerStars, Full Tilt Poker and Absolute Poker/UB — out of commission in the U.S., it tuned the poker world upside down. Thousands of players had come to rely on the game as source of income, and the most efficient way to make a living as a poker player was typically online and not in casino card rooms.

Worse yet, the DOJ froze hundreds of millions in player funds. While PokerStars made good on returning money within weeks, the re-payment from Full Tilt and Absolute Poker would take years. Full Tilt had co-mingled player accounts with operating expenses and came up short by millions and millions; that alone was a blow to the poker economy.

Other Stories In This Series

Andrew Brokos, a University of Chicago philosophy graduate, was certainly an accomplished live player — by the time Black Friday hit, he had cashed in the World Series of Poker Main Event four times (and would do so twice more) — but he mainly made a living online.

As a result of not being able to play online poker in the U.S any longer, Brokos, a Maryland native, joined what quickly became a poker diaspora of card playing ex-patriots who left the country to continue playing.

Brokos and his girlfriend headed north of the border to Montreal. He also had tens of thousands of dollars stuck on Full Tilt Poker. He was hoping that by opening a Canadian bank account, he might have better luck getting to some of his money.

“That proved to be not quite as easy as I thought it was going to be,” Brokos said. “I did eventually manage (to open an account) but it was a headache. Then getting set up to actually play on PokerStars was also a little bit of a headache.

”Then there was finding a place to stay on short notice, and you have to find a place that has reliable internet, and there's some extra hassles that come along with trying to do all that in a foreign country. But even in Montreal most people do speak English, and so I was able to navigate those things and eventually it went down without too much difficulty.”

Looking for Places to Play

While Brokos went north, many players headed in the opposite direction. Jamie Kersetter, who has emerged as a poker star and was the color commentator on the 2021 WSOP Main Event broadcast on ESPN, was in Rosarito, Mexico, a beach town south of San Diego.

Even years after Black Friday, there were times when getting the operating poker websites to recognize that poker players were actually attempting to play legally was a hassle as demonstrated by Kerstetter’s tweet in 2013 when she shouted out: “@PokerStars please unfreeze my account. I am in Rosarito, Mexico. Traveled 8 hours this morning to pay (World Championship of Online Poker) and not VPN’ing.” She was making the point that she wasn’t using technological subterfuge to play from the U.S.

The poker flight out of the country went to more far-flung places, such the U.K. and Western Europe; some professional players have given up the U.S. entirely and taken up residence in Malta or Costa Rica.

What Happened to the Principals?

The principals of Black Friday — online operators and payment processors — had mixed outcomes.

PokerStars, which emerged as a white knight for making its players whole immediately and for financially bailing out Full Tilt, went through several ownership changes and is now part of a larger company, Flutter, and gained legal standing in the U.S. Disgraced Full Tilt was absorbed into PokerStars as a shell of its former self and recently the brand was shut down entirely.

A handful of individuals who were indicted did some jail time and some received enormous fines in the millions of dollars. The Full Tilt celebrity pros, in some cases, became pariahs.

Howard Lederer and Chris “Jesus” Ferguson, two influential Full Tilt personalities, tried to re-enter the poker playing community but while Ferguson had some success on the felt, he was not always greeted warmly.

A few years after Black Friday, Brokos was at a WSOP table with Ferguson.

“Ferguson’s point was sort of like, ‘Well, you got your money back, you have nothing to complain about.’ And I said, ‘Well, I didn't authorize making an $80,000 interest-free loan to you for two years,” Brokos said. “I felt like he was a little dismissive of the harm that had been caused even if the money was eventually returned.”

The Black Friday shock waves hit the traditional brick-and-mortar business of poker hard. Thousands of players had their bankrolls depleted until the reimbursements from the Full Tilt debacle.

The ubiquitous poker TV shows that had been supported by online operator sponsorships began disappearing and although poker is still shown on TV and on internet platforms, the shows don’t have the same dramatic immediacy and impact they did before Black Friday.

In the bricks-and-mortar poker world, the poker slide since Black Friday is measurable.

In 2003, when Chris Moneymaker’s WSOP Main Event triumph touched off the poker boom, there were 383 poker tables throughout Nevada, according to the University of Nevada at Las Vegas Center for Gaming Research. As the game’s popularity crested from 2006 to ’10, the average skyrocketed to an average of more than 900 tables per year.

Black Friday hit — and the number slid every year. Even before the COVID-19 pandemic dampened play considerably because of obvious personal contact restrictions, published reports pegged the poker table count in January 2020 in Clark County, where the biggest casinos are located, at just 418 tables.

Avi Rubin, a computer science professor at Johns Hopkins who teaches a class on poker, sees hope for the game in that poker the game still appeals to young people.

“I taught a course on the math of poker at Hopkins last session (before the pandemic) and there were 253 students signed up, so it was really incredible,” Rubin said.

He also held a tournament with the 50 final student-players finishing up in his home poker room (he has five tables).

Interestingly, the pandemic has caused sprouts in the online poker community in an unexpected way.

“There are these poker apps now where you can play what amounts to your own home games,” said Nolan Dalla, who wrote hundreds of accounts of tournaments at the World Series of Poker. “People get together on their own and assuming there’s money involved, they settle up later using (an online payment system). It really has become a very popular underground online poker community.”

“That's actually potentially going to help poker because you can do your home games on something like PokerStars and do the money yourselves, and that's what everybody does right now,” Rubin said. “And (after the pandemic), you can have your weekly, monthly home games with friends. And then there's the World Series in Vegas, which is just unbelievable. I mean, I go out for a whole week every year, and I just love it.” 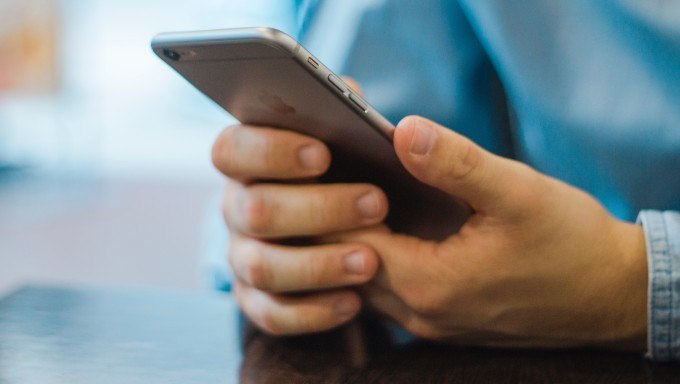 ’Liquidity’ will be Key to Growth

A more official return to the former model of a shared player pool — a concept known as “liquidity” in poker circles — is evolving in the emergent world of regulated online gaming in America.

Yaniv Sherman is a senior vice president for 888 in the U.S., an international online gaming company that partners with WSOP.com in jurisdictions such as Nevada and New Jersey, where online poker is legal and regulated.

Sherman is intimate with the DOJ’s shifting positions regarding poker and the 1961 Wire Act, a federal law that has been interpreted by DOJ lawyers alternately as applying and not applying to poker. After Black Friday, one surprising DOJ opinion was that poker did not fall under the Wire Act. As a result, online gaming advanced in certain jurisdictions.

Then, in 2018, still another DOJ opinion did a pivot and tried to put gaming activities, such as poker, under the Wire Act blanket and that put the brakes on operators’ plans to try to create inter-state poker player pools.

Finally, in January 2021, a ruling by the U.S. Court of Appeals for the First Circuit seemed to decide the matter with finality that the Wire Act refers to sports gambling exclusively and doesn’t apply to activities like poker.

More Player Pools Should Be on the Way

“What started in 2006 with UIGEA, culminated in 2011 with Black Friday, and then we sort of relived it in some in 2018 — I hope that’s the last downgrade cycle from here on,” said Sherman, a poker advocate. “Hopefully, poker will accelerate with more states allowing it. I hope that acceleration may convince lawmakers that there is a benefit (to legalizing poker) and I'm banking on online poker being less contentious (in political debates) than online casino games.”

Online poker has been legal for several years in Nevada, New Jersey and Delaware. Those states are joined in a compact that allows for shared player pools. More recently, Pennsylvania and Michigan, both with bigger populations than the “compact” states, have regulated and launched online poker but are not yet linked with the others. West Virginia legalized online poker but there has been no launch yet.

“If we're able to launch the next few states in the shared liquidity environment or have a path to shared liquidity then you hit a certain critical mass and then I think poker is officially back,” Sherman said. “I mean, no disrespect to New Jersey and Nevada, they are two great states — they're big and they're symbolic — but getting the likes of Pennsylvania and Michigan and then one or two other big states on the roster would create the impact, the player quality, and then it's an ascending spiral.”

© PA
Much Like the Event, WSOP TV Finale Just Won’t Be the Same

© PA
Flutter Agrees to $200 Million Settlement in Kentucky Case
© PA
World Poker Tour Changes Hands in $105 Million Deal
© PA
Department of Justice Allows Deadline To Pass On Wire Act Case
© PA
WSOP Brings Players Back Together From September to November
PokerStars Summer Tournament Series Set for PA, NJ & Michigan
© USA Today
WSOP Announces It Is Leaving ESPN for New Broadcast Partner
By continuing to use our site you agree to us using cookies in accordance with our Cookie Policy .
Got It
×