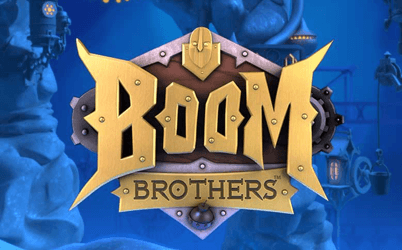 It seems that no one ever told the bearded 'Boom Brothers' that it’s not safe to play with explosives. In this exciting slot game, though, dynamite is the key to finding hidden gold.

Play Boom Brothers For Free!
Bookmark It For Later 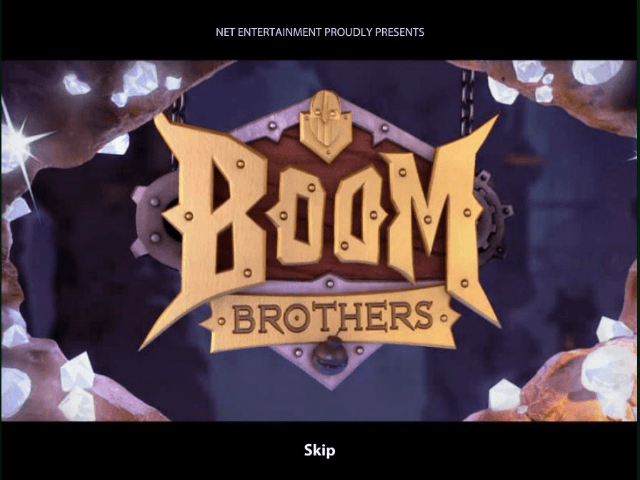 It seems that no one ever told the bearded 'Boom Brothers' that it’s not safe to play with explosives. In this exciting slot game, though, dynamite is the key to finding hidden gold. Revolving around the world of mining for gold and the extensive amount of explosives used to do so, the Boom Brothers online slot game features tons of excitement and even more prizes.

This slot game from the software providers NetEnt features 3D graphics including a cute intro video and "explosive" animations to make the game even more fun. Follow the adventures of the hapless trio as they use TNT to blast their way through underground mines, seeking untold riches along the way.

Boom Brothers offers 5 reels and 20 paylines. The video slot is rich with detailed animation, which players have come to expect from industry powerhouse NetEnt, the guys behind titles like Gonzo's Quest and Jack and the Beanstalk. The developers have outdone themselves in making the symbols and the screen as unique and fun as possible in this fast-paced slot.

The gameplay involves symbols representing a host of familiar gold-mining tools like lanterns, hardhats and ax picks. The backdrop is the gold mine the 'Boom Brothers' terrorize with their explosives. The reels themselves are those strong metal chains for lowering items up and down the mine.

The higher paying symbols are metallic mask versions of the brothers, while some lower paying symbols include the invaluable mining tools. Following suit with most NetEnt games, this slot title's stellar graphics help players engulf themselves in the gameplay, forgetting their playing from the comfort of their own home.

Despite lacking the always popular progressive jackpot, the Boom Brothers slot offers plenty of ways to hit it big while spinning. Providing Wild and Mulitiplier bonuses of all sorts, this Playtech game will cost you nothing but could provide a lot more than just a good time of blowing things up - something most will admit is enough fun in itself.

Look out for the Wild symbol, which is a bombastic, cartoon-style fuse bomb. There's also a Free Spins logo, which triples any win during the free spin cycle. The Railtrack symbol acts as a multiplier, with three of these doubling the bet amount. If you strike four, you'll triple your initial wager. Managing to score five of these symbols not only quadruples the bet, but also starts the Railtrack Bonus game.

Each of the Boom Brothers appear in a steampunk mine cart on their own individual track: players must move them along by picking cards. The the first to reach their goal will win that prize. The tracks are in order, so gold is actually worth the lowest, followed closely by rubies. Diamonds, then, are the top prize, possible multiplying the initial bet by an amazing 1,900.