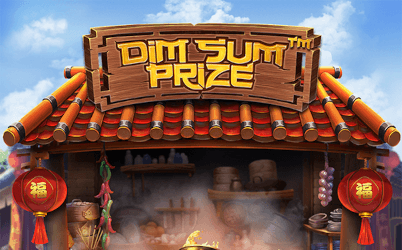 Late this summer slots players across the Canada's leading casinos will be stepping into the slickest Chinese Restaurant in town to try out software giant Betsoft’s newest themed video slot Dim Sum Prize which is set to tantalize virtual taste buds and real money slot players at the same time.

Here’s what we know so far about Dim Sum Prize with 5 reels, 25 paylines and reportedly Teatime Wilds and Free Games its certain to be as big a hit online as it’s namesake is in China Town wherever you find one.

As you will know if you regularly spin the reels on Betsoft titles then you can rightly expect unique and fun gameplay with potentially huge rewards for the luckiest players.

As soon as Dim Sum Prize hits the virtual slot shelves at your chosen casino it will be freely available to play across Android and iOS devices wherever you may be, and knowing Betsoft's super abilities in harnessing the latest technology it will be as seamless as if you were playing on desktop or tablet for real money casino players.

Our review team here at Gambling.com is looking forward to properly testing the game features in the Dim Sum Prize video slot as soon as it is released for Canadian Casino players later this summer of 2020.

Until then we are aware that it will feature Free Spins via crimson coupons, allow for a re-trigger of Re-Spins in the feature game and with TeaTime Wild symbols in play then although the game lacks a Jackpot element and is not part of the Megaways series it is still sure to blast away other new releases as the summer draws to a close.

In Dim Sum Prize from Betsoft you can expect to get a host of free spins via the usual base game triggers and we believe this will be from Crimson Coupons which will act as scatters during the game. As soon as it is released check out the new online casino offers for Betsoft casinos which may even throw in a few starting free spins to kick you off on your Chinese themed slot journey.

When can I play Dim Sum Prize from Betsoft?

Due to be released to Canadian players late in the summer of 2020 Dim Sum Prize should be available to play from August. Like all good plans these dates could change but we are excited to try it out as soon as Betsoft let it loose.

Chinese themed and food orientated slots are always a lot of fun and when you have a graphics powerhouse developer behind it you can be sure it’s going to delight.

If you can’t wait to get going and fancy tasting the Betsoft library of slot titles out in advance whether on demo mode or for real money then why not check out the fiery Chilli Pop which comes in at 96% RTP and is stacked full of multipliers of a pinata nature and heat to burn.