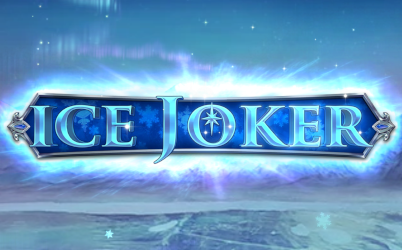 Chill out with the Ice Joker online pokie from Play'n GO. This PC and mobile online pokie stars a frosty lady Joker character and frozen fruit symbols over the 5 reels. Ice Joker is a 20-line game with a medium volatility, average returns of 96.23%, and a maximum potential win of 3,000x your stake. Extra features include expanded wilds, a bonus wheel, respins of the reels, and a free spins round that can run on and on.

Play Ice Joker For Free!
Bookmark It For Later 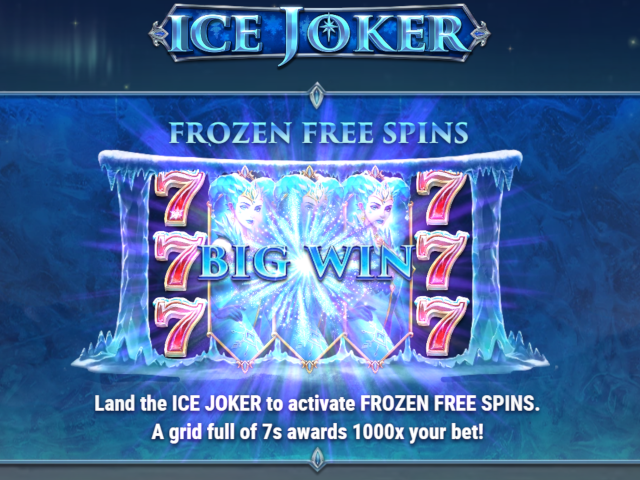 The Ice Joker pokies game surrounds the 5x3 symbol grid with blue icicles and mountains, lit up by the Northern Lights in a chilly polar night. Not even the symbols escape the frost, with the cherries, lemons, grapes, BARs, and stars all covered in glittering ice crystals. The Ice Joker herself is a striking figure in a plunging dress that’s totally unsuited to the climate, and she’s wearing an elaborate harlequin-type hat.

Play’n GO have used the high-quality graphics featured across much of their range, and the Ice Joker pokie looks equally good on PCs, Android, iOS, and Windows at the highest rated mobile casinos.

Spin the reels and you can trigger features such as free spins with expanding wild symbols, plus a free games round with lots of extra wilds awarded from a bonus wheel.

How to Play the Ice Joker Pokie Machine

A scrolling bar beneath the reels holds all of the bet options, which range from 0.20 to 100.00 per spin. This is a 20-line game which uses the standard payout mechanism where you win prizes by matching symbols across a line from the left side.

Open the paytable via the yellow ‘I’ button to see how much each symbol pays back at your current bet level. Wins vary from 1.5x the bet when cherries or lemons cross a payline, to 50x when a big red 7 stops across all 5 reels on a line at any of our recommended online casino sites.

Autoplay and Turbo modes are available, and you can adjust the volume of the slightly eerie soundtrack, complete with the sound of a laughing Joker, or switch it off altogether if you wish.

Although she doesn’t pay prizes directly, and only appears on the middle 3 reels, the Ice Joker character helps out by acting as other symbols if she can then complete a win. This wild symbol then triggers 3 Frozen Free Spins as she locks in place, expanding up or down in each free spin until she fills the whole reel.

It makes it much more likely that she creates a win during this feature, and if any more Ice Jokers appear during this round, you get a further 3 Frozen Free Spins.

Snowflake scatter symbols in any 3 or more places will unlock the Winters Wild Wheel. You get a spin of this bonus wheel, collecting between 1 and 7 Ice Joker wilds that will appear during a series of free spins. The free games run until all awarded Ice Jokers have appeared, and they still trigger the Frozen Free Spins, which can turn this into a very long-running feature. With luck, you get the maximum of 51 free games.

You can win up to 3,000x your total bet from the Ice Joker pokies game and if you play at the highest sakes that equals a substantial win of 300,000.00. It’s a game with medium volatility, where you’ll find a nice balance between the frequency of wins and average prize values. The overall return to player percentage is 96.23%.

The Ice Joker pokie machine takes a traditional fruit-themed game and adds some visual flair for those who like wintery games. It’s the Joker herself who turns this game into one where free spins can run and run if the Winter’s Wild Wheel awards you with the maximum number of Ice Jokers in the free spins feature.

A maximum win of 3,000x your stake is about the standard for medium variance games, and like all Play’n GO pokies, Ice Joker is fully licensed and certified for fair gaming.

If it’s just too chilly-looking for you, try the similar Fire Joker pokie from Play’n GO, where a Wheel of Multipliers can boost wins, and there’s a respins round with sticky symbols. You’ll find these and the rest of the Play’n GO range, alongside pokies from other top developers at our top online pokies sites.