Meet The Man Who Runs The €3.2million Punchestown Festival

A storm had set in. Wind battered the enclosures, testing every tether. Crowds huddled in the entrance building, shoulder-to-shoulder, growing restless. Punchestown just could not let anyone in.

General manager Dick O'Sullivan could see the patience draining. There were teas and coffees, and biscuits, but their remedy was short-lived, he needed to cause a distraction.

"Let's have a sing-song," suggested office manager Hillary Cahill. And with that, the pair stood up and opened their lungs, soothing the mob with their dulcet tones, so much so, that when the storm had passed and it was safe to leave, everyone was fine just where they were.

It's a story that could be branded 'The Good Old Days', except it isn't. Punchestown may be this mega-venue, this expansive theatre of events, and sport, but it has not forgotten what built it; what saved it from liquidation.

Taking Over The Reigns

Last May, O'Sullivan, now in his 80s, stepped down after 16 years in charge that dragged Punchestown from near extinction to the home of the €3.2million, five-day Punchestown Festival.

His successor is his protege and former Punchestown commercial manager Conor O'Neill, but he couldn't be more different - and isn't phased by the boots left to fill.

"One thing he used to always instill in me, as he mentored me through the years, was, 'you’re only as good as the team around you'." said O'Neill. "I’ve been fortunate in my life, all along I’ve had great people around me, and that hasn't changed.

"I've very fortunate here at Punchestown, we have a fantastic team, and Dick is still around. You can't stop him. Please God, we’re all like that at Dick's age, he won’t like me highlighting that factor, but he’s a phenomenal person and it’s great to be able to still call on him."

O'Sullivan built that team on the foundations of delegation, trust, and filling knowledge gaps; if there was something he didn't know, he employed somebody who was an expert and let them tell him how to do it. Key figures like Richie Galway, who manages the track, and has also scaled back his involvement recently, PR manager Shona Dreaper, and sponsorship manager Janet Creighton, are just some examples. 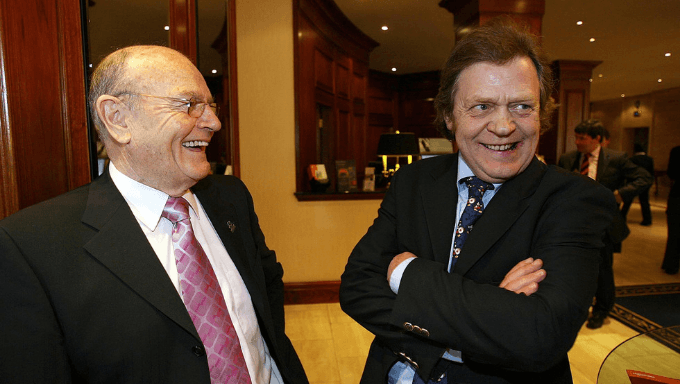 O'Sullivan's real legacy though is a racecourse deeply ingrained in the local community, from the schools drawing competition, to local business partnerships, and the continued recognition of owners the Kildare Hunt Club. It's what brought O'Neill to Punchestown in the first place, as a child.

"Growing up we all used to get a few days off schools to come racing and enjoy what Punchestown has to offer," he said. "That was my introduction to racing and Punchestown, and they are memories I cherish very much.

O'Neill then is a local, born and raised in Wicklow, a bordering county to Punchestown's Kildare. He's been drawn to the course throughout his life, which at 30 years, has been much shorter than his predecessor's. O'Sullivan is a native of Tralee - about as far away from Punchestown as you can get without leaving the island - and his first role at the course was interim manager, aged in his 60s.

From the Ground Up

"I’ve been involved in racing from an early age and I’ve seen the business from the ground up," said O'Neill. "I used to be out in the Punchestown betting ring, alongside Justin Carty (Chronicle Bookmakers) at the time, then I worked at Punchestown for a good number of years, though I went to Limerick in between."

It's a casual mention of his promotion from Punchestown staff to Limerick manager, the western course being one of Ireland's most modern and similarly setup for non-racing events, with a 3000-square metre stand primed for dual-purpose. Arguably, it's the move that made him.

"I was 25 when I went in as the manager of Limerick," he explained. "It was a fantastic experience. It was a big challenge, but I had great people and great teams, and I’ve had them everywhere I go. 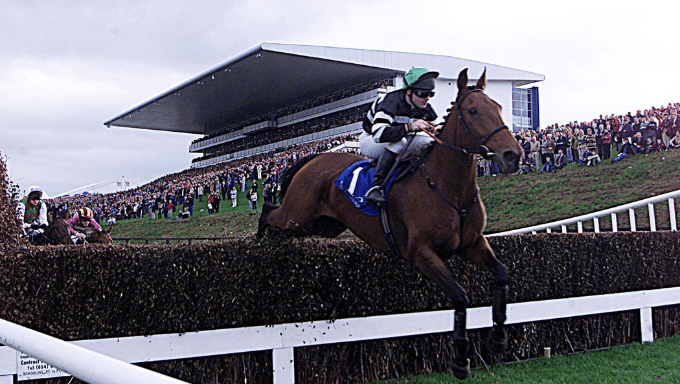 "It’s so important to have that around you, and to gain the trust and motivate people to do things to the best of their ability, and they spur me on to my job to the best of my ability.

"I like to think I’m still relatively young (you are, Conor), sometimes I do wonder, but I’ve had a phenomenal amount of experience all through my career.

"Punchestown is another challenge, it’s a much bigger operation, and it’s a challenge I certainly cherish and I’m very much looking forward to it.

"But for year one of the festival, certainly, there will be no one happier than me come the Saturday when it’s all done and dusted."

Punchestown is not just a racecourse, it can't be, it would not survive financially. O'Sullivan's reign survived the recession and took the business from not being able to pay staff, to building the new €4million Hunt Stand. That was achieved by thinking outside the box, knowing where your roots are, and diversifying.

"The phone never stops," said O'Neill. "There is never a dull day, and no day is the same. That’s part of the challenge, and what I love most about it. The Punchestown Festival, for example, is not just racing; corporate hospitality is a large part of the festival.

"Over the five days we will attract 18,000 corporate clients alone. It’s the largest sporting corporate event in the country, and we’ve over 40 sponsors through the week. There are so many different stakeholders, and so many different elements pulling them all together and putting on a show that everyone can be proud of."

He added: "Racecourses are questionable business models if you looked at it as a straight business case. The Punchestown Festival; we do a significant amount of our turnover in those five days, and they are weather dependent, in Ireland. That’s not often the best mix to have.

"The reliance racecourses have on media rights now is hugely significant and we’re always trying to reduce that reliance. It’s one of the areas I see significant growth in going forward.

"We race 18 days a year, but we span to nearly 500 acres," he continued. "We have a fantastic event and conferencing facilities. Punchestown is a venue. We finish the Festival on Saturday, and we have an event rolling in on Sunday morning. We’re continually attracting a vast scope of events. It never stops."

From event manager, to working with bookmakers in the betting ring, to the commercial manager, O'Neill has been part of the Punchestown Festival for the best part of 15 years.

He's right when he says sometimes he doesn't feel as young as he is, because aged perspective is what makes him a leader that can cope with his lofty position's unique pressures. He's also, kinda cool.

"We all have our moments, but certainly I would be quite a cool and calm relaxed person," he said. "The trick to it is, when everyone around you loses there head, you keep yours. You can get excited, but that doesn’t solve the problem, so I think you just have to take things as they come at you, deal with them and 99 times out of 100 you will get it right and keep going." 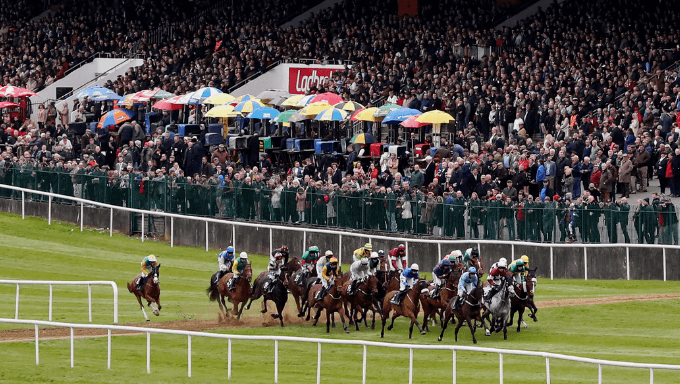 He added: "I don’t think there’s any benefit in getting excited, the team inside the office might not agree with you, but I'd hope most of them might.

"They put in a phenomenal amount of work, and they take great pride and passion in it. They all work to the best of their ability and when I know they are doing that, I certainly don't get excited with them either. You could easily walk in there most days and look around and you wouldn’t know who the boss is, I think that’s the trick to it too."

Where is O'Neill leading them too though? What does the future hold for Punchestown, and what will be his legacy? How will Conor O'Neill be remembered?

"When Dick arrived in Punchestown he faced a massive uphill challenge," O'Neill said. "Himself and our chairman David Mongey and the Kildare Hunt Club really rallied, and really turned the fortunes of Punchestown around to what it is today. I’m very fortunate to have that opportunity to bring it to the next step.

"I have a lot of thoughts, ideas, and plans. Some very exciting plans that we do have in the pipeline, but I’m going to keep them close wrapped for the moment. We’re going to get this year’s festival our of the way and reveal all after that."

Spoiler alert: he told us, and those plans aren't what you think, and they won't be what they seem.