The World Health Organisation (WHO) is the current favourite to win the 2020 Nobel Peace Prize in a year where the coronavirus outbreak has dominated global affairs.

But it could be a close battle for the international gong, with the winner set to be revealed on October 9.

Nobel Peace Prize betting takes place annually and there are always some strong frontrunners to take the award.

The likes of Theodore Roosevelt, The Red Cross, Mother Theresa and the United Nations have been honoured with the Nobel Peace Prize over the past century.

Yet who will earn the gong in 2020 remains a toss-up, according to the latest Nobel Peace Prize betting markets compiled by online bookmakers.

Who Are The Nobel Peace Prize Candidates?

The candidates range from global leaders such as South Korean president Moon Jae-in and US president Donald Trump, to international movements like Reporters Without Borders and Black Lives Matter.

Yet there are three definitive leaders in Paddy Power’s betting odds, and it appears as though the award this year could once again go to an organisation.

The WHO have been at the forefront of global affairs in 2020 ever since the coronavirus outbreak in China back in January.

The organisation has received support as well as strong criticism – mainly from President Trump – over its handling of the crisis.

And while Trump would almost certainly condemn the Nobel Committee for their choice if the WHO does win the award, the president is unlikely to favour environmentalist Greta Thunberg winning it either.

The WHO are 2/1 favourites with Paddy Power to win the 2020 Nobel Peace Prize, with Miss Thunberg – who this year has continued to advocate green policies and activism against climate change – at 3/1.

The only runner who is even close to the two favourites is New Zealand PM Jacinda Ardern, who has been praised for her country’s swift action in battling Covid-19.

Who Will Win The Nobel Peace Prize?

Based on how geo-political events have unfolded this year, it would be remarkable if the 2020 Nobel Peace Prize winner was not associated with the coronavirus.

The WHO may have bore the brunt of criticism about how they investigated China over the spread of Covid-19, but it has remained the most trusted global organisation in finding a cure and helping to prevent the spread of the disease.

Yet its failings over the past nine months have also been exposed. And there are calls for the WHO to be dramatically improved if the planet is to fight off another such virus in the future.

And that is why PM Ardern is probably the smartest choice for the Prize right now. At 5/1 the Labour Party leader has barely seen her price budge since the nominees were announced earlier this year.

Her government has been credited with implementing an efficient crusade against the virus, using strong health messaging, wide-spread testing and effective lockdowns to combat the disease.

As of mid-September, New Zealand had recorded just 25 deaths from Covid-19, with fewer than 1,900 cases identified across a country of 4.8m people.

She also narrowly missed out on the 2019 Nobel Peace Prize, having been pipped to the gong by Ethiopian PM Abiy Ahmed for his work in improving relationships with neighbouring Eritrea. 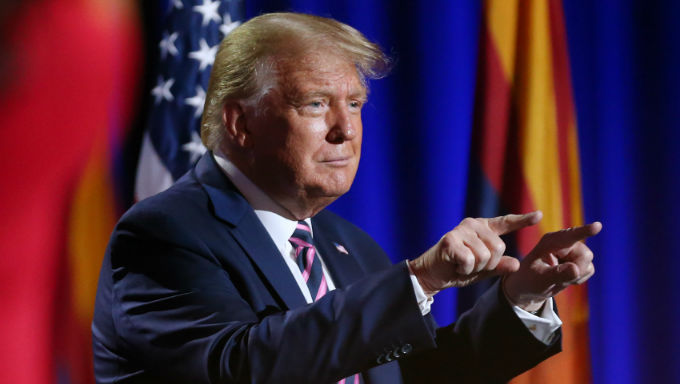 Donald Trump himself is the joint-fourth favourite to win the 2020 Nobel Peace Prize at 12/1, a leap from 100/1 available on the controversial president just two months ago.

The businessman was nominated by Swedish parliamentarian Magnus Jacobsson for helping secure peaceful economic relations between Serbia and Kosovo.

Meanwhile, he is also in the running for the 2021 Nobel Peace Prize after being nominated by a far-right Norwegian parliamentarian, citing his role in a brokered peace agreement between UAE and Israel.

Whether or not Trump would actually win the award remains to be seen, but he has two aspects in his favour. The first is that nominees are not publicly discussed by the Nobel Committee, which means the decision is secret until the winner is announced.

Secondly, Trump has already been nominated before, in 2018, by another right-wing politician after his public attempts to reconcile North and South Korea.

As with all Donald Trump betting markets, when his odds are high people flock to back him. The 74-year-old proved in his 2016 US election victory over Hilary Clinton that he can upset the odds.

Trump’s price for the 2020 Nobel Peace Prize, and soon the 2021 award, is likely to come down as interest in the nominees grows.

Bettors have plenty of options if they want to back an outsider here. Liverpool striker Roberto Firmino is alongside Vladimir Putin, Julian Assange and Elizabeth Warren as a 33/1 outsider to win the award.

Bill Gates is another candidate at 20/1, with the billionaire’s Bill & Melinda Gates Foundation donating $250m (£194m) to help combat coronavirus.

Gates has been regularly nominated for his philanthropy since leaving Microsoft in 2008, but is yet to win the award.

© PA
4 Unforgettable Cheltenham Festival Betting Gambles
© PA
Maryland Sports Betting Bill Moves to House with More Licenses
By continuing to use our site you agree to us using cookies in accordance with our Cookie Policy .
Got It
×