How Has The Grand National Changed?

"IT'S not what it used to be in our day," say the Grand National folk of old, but what has really changed in nearly 200 years of Aintree's infamous chase?

What makes the Grand National most unlike any other chase in the world are the spruce-topped fences, towering at no smaller than 4ft 6ins (1.37m) - if you discount the 2ft 7ins Water Jump.

There's no data on how much smaller they all are now versus decades ago, but many have been officially tweaked, none more so than Becher's Brook, the most notorious fence on Aintree's infamous course. 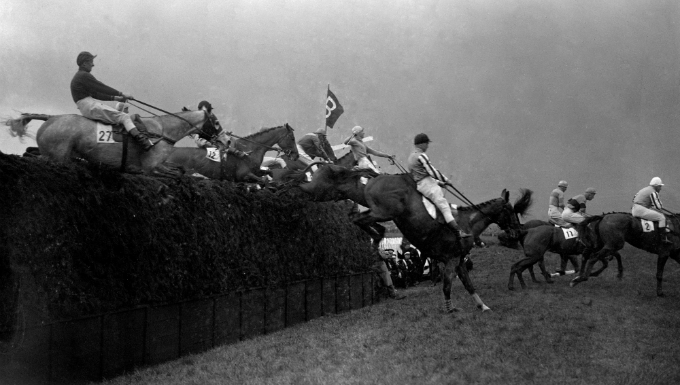 There's also no longer a ditch in front of The Canal Turn, but The Chair still stands as the tallest on the course at 5ft 2ins (1.57m), with the landing side the opposite of Becher's at 6 inches higher than take-off.

Aside from the named fences, the plain fence jumped fourth and 20th, coming two before Becher's, was cut 2 inches to 4ft 10ins in 2012, several landing areas have been levelled off, the heights of toe-boards at the base of all fences has been increased to match ordinary fences, and the solid cores on most obstacles have been replaced with more flexible plastic or birch.

Since its inception in 1839, the Grand National was always the guts of a 4m4f chase, but in 2013 the distance was changed to 4m2f and 74yards, as the start line was moved closer to the first fence. The idea was to move the start further away from the hubbub of the grandstands and crowds, to help horses settle before the off, giving jockeys and the starter a smoother ride.

From 2012, along with the above start move, Aintree built a new post-race washdown and cooling off area for horses. The pre-parade down the track has become more flexible, and the minimum age for horses to race has changed to seven. 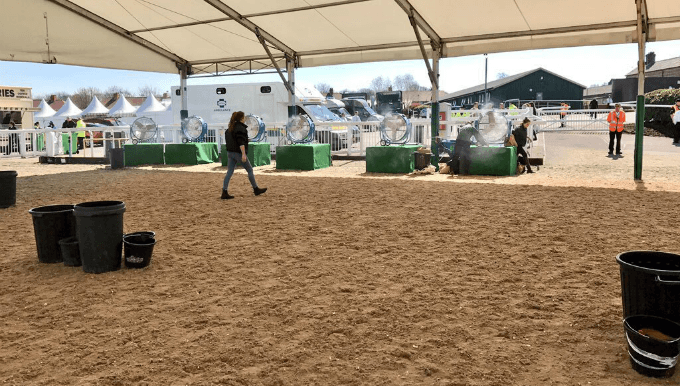 These are the latest major upgrades to numerous horse welfare measures already in play, like the raceday veterinary inspection introduced in 2002, and forbidding horses from running in another race that week, which did happen before 1999, some testing their mettle over the National fences days before the race itself.

It's an on-going project, and includes tinkering with qualification requirements.

There have never been stricter entry conditions for the Grand National than there are now. Once upon a time your horse just had to be over a certain age and have achieved the minimum rating.

Now the race is only open to horses aged seven or older, who meet the following criteria:

In addition, a horse's jockey must have ridden at least 15 winners over fences or hurdles, with at least 10 of those winners coming in chases.

Topweights used to be asked to carry crazy weights in the Grand National, regularly 12st or more, with sometimes up to 35lbs between them and the bottomweight. That began to change in 1960 when the topweight was capped at 12st. But there were still horses running from up to 30lbs out of the handicap when Bobbyjo won in 1999!

Topweight has changed to 11st 10lb now, with the lowest possible weight being 10st. In a bid to attract better horses, the weights are compressed from the top and, uniquely for a British jumps race, they are framed by senior handicapper Martin Greenwood, as opposed to calculated off present ratings.

The increasing quality of the race since this change (and the growth of prize money) means that horses rated less than 140 struggle to get in to the final field of 40, and that a rating more like 145 is the lowest mark guaranteed to run.

But, did you know, the first four Grand Nationals were not handicaps at all?

Abd El Kader, winner of the 1850 Grand National, netted £1,000 for his owners, a paltry packet compared to the £500,000 Tiger Roll collected last year. But back then, only the first three to five finishers received prizes, with no field-size limit allowing plenty more than 40 runners to line up.

Recognising how hard it is just to finish the race, the band of prize money extended to sixth position in 1997. That spread to eighth place in 2008 and to 10th from 2012. Prize money values changed again in 2018 when the winner's pot was reduced to further reward those who finished second to 10th. 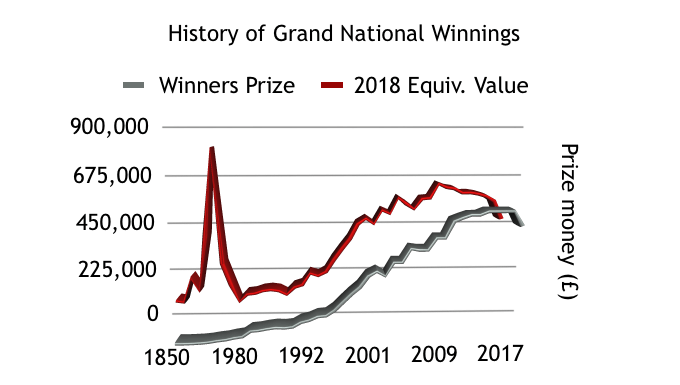 Incredibly, 66 horses started the 1929 Grand National, with only nine finishing, and the field size was not limited to today's 40 until 1984, though rarely did the field exceed this beyond that chaotic cavalry charge.

In 1999 another change was made, introducing 48hr declarations and a reserves system, that is still in use today to try to ensure the full 40 line up each year, with no horse missing out uneccessarily.

© PA
5 Outsiders That Could Outrun Their Grand National 2021 Odds

© PA
The Hole-in-One Gang: How Golf Bettors Beat The Bookies
© USA Today
Massachusetts Lawmakers Discuss Multiple Sports Betting Bills
By continuing to use our site you agree to us using cookies in accordance with our Cookie Policy .
Got It
×