V.A.R - Three letters that finds itself at the centre of widespread debate after a weekend of controversial decisions in the Premier League, which is such a shame because I, like many other fans, would prefer to just talk about the football!

I’ve always supported the use of technology to help the match officials and now that it’s finally here and can review incidents from different angles to clear the game of any major human errors. However, instead of helping, there’s a growing feeling it’s only further muddying the water.

We’re now in the position where fans are no longer pointing the finger at the on-pitch referee, but at the person sitting in the VAR chair just outside West London. Is it now time that ex-players or current Premier League officials take over the controls at VAR HQ? Because there are too many moments where even ex-pros are asking themselves; ‘How on earth did they come to that conclusion?’

After seeing his Liverpool side concede a goal which emanated from a challenge by Victor Lindelof on Divock Origi, Jurgen Klopp mistakenly felt that play would be hauled back for a Liverpool free-kick. He was misinformed. 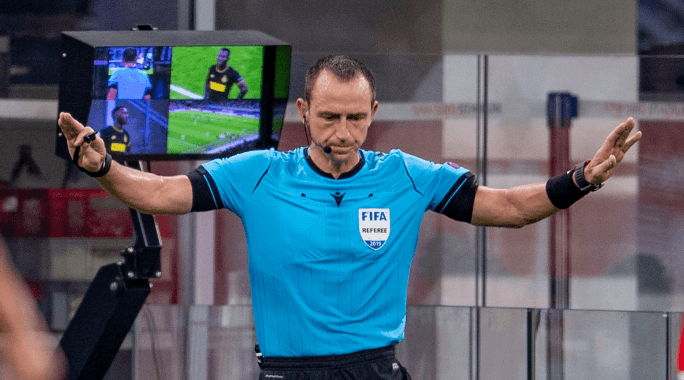 It needs to be clarified that the officials did stick with the guidelines on this occasion as referee Martin Atkinson did not make a clear and obvious error in not giving a foul (the fact Lindelof’s tackle has split opinion tells you everything) and so Marcus Rashford’s goal stood.

Klopp, incidentally, wasn’t a manager wearing club spectacles after he felt Manchester City were denied a ‘100 per cent penalty’ by VAR against Crystal Palace 24 hours earlier. It’s just such a shame that the way the technology is being used in the Premier League isn’t the same way as in other countries and competitions.

We all saw how it was used at the World Cup and in the Champions league when referees would consult their on-field monitor - that hasn’t happened once in the Premier League after almost 90 games.

There is a reluctance from the refereeing body PGMOL not to do that amid fears it will slow down the game. But surely by doing so, supporters (inside the stadium and those watching at home) can see the process in action i.e. a controversial incident occurs, the referee halts play 20 seconds later, they consult the on-pitch monitor before making a more informed decision.

This would be opposed to what we have now which is: controversial incident, referee halts play 20 seconds later, stop to hear from VAR before making a decision without another viewing. We’re in October and I’m still not entirely sure who has the final word.

We were all told that the so-called ‘threshold’ for VAR intervention has been set intentionally high so as not to undermine the on-pitch referee - maybe VAR and the ‘Bar’ both need to be looked at again?

Signs of Life for Solskjaer

Of all the outcomes that were being predicted at Old Trafford - a struggling Manchester United leading a previously rampant Liverpool for 85 minutes in a 1-1 draw wasn’t on the cards for many of us.

Despite missing the likes of Luke Shaw, Paul Pogba, Nemanja Matic and Jesse Lingard United shocked viewers with their performance, but did Ole Gunnar Solskjaer give us an indication of how to play against Liverpool? I’m not so sure.

What he did do was show his adaptability (especially when his tactics were under some scrutiny), albeit against a Liverpool side that were clearly not at their best. Jurgen Klopp’s men lacked intensity and were unusually sloppy in possession. Not having Mo Salah was also a big loss.

But credit to Solskjaer who when having his hand forced, switched to a back three - which also required a late re-shuffle after Alex Tuanzebe was injured in the warm-up with Marcos Rojo being drafted in. The back three limited the space for Liverpool’s front trio by staying tight - as clearly seen by Lindelof’s challenge on Origi. 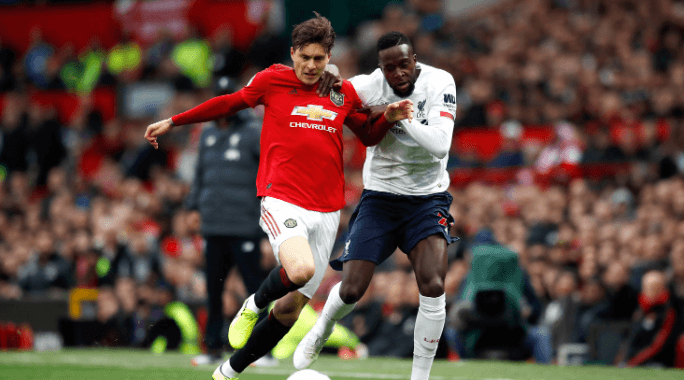 But unlike previous back fives from Man Utd in this fixture - this one carried more of an offensive threat with plenty of pace in the team as wing-backs Aaron Wan Bissaka and Ashley Young came into midfield.

The energy and verve showed by United’s front three - namely Marcus Rashford, Dan James and Andreas Pereira - was refreshing and it definitely gives Solskjaer something to build on.

It will be interesting to see if he continues this approach when he has a fully fit squad.

Last week, you may remember I wrote about how Tottenham would be desperate to prove a point against bottom club Watford after just one win in their last six in all competitions. They needed to rediscover their intensity against the winless Hornets - with one solution to recall Dele Alli to give the dressing room a lift.

As it turned out, Tottenham salvaged a draw thanks to a Dele Alli’s goal but only after putting in a performance of two halves - a disjointed first period followed by a much more energetic display, thanks mainly to Son Heung Min’s half-time introduction.

Despite returning from international duty just 48 hours before kick-off, the South Korean was more jet-heeled than jet-lagged. In the end, two key VAR decisions went against an impressive Watford who will have felt shortchanged by the video technology.

Despite Pochettino fielding three centre backs in the league for the first time this season, against a side that had only scored four goals so far, the defence still had a real vulnerability about it. That experiment was set aside in the second half when Davinson Sanchez made way for the shining Son.

On the whole, it was another unconvincing performance from Tottenham, especially against a side whose morale was as low as their league position. Somehow, Spurs remain in touching distance of the top-four, but could things get even worse before they get better?

They face two tricky trips against Liverpool and Everton after what is a must-win Champions League clash at home to Red Star Belgrade on Tuesday. After taking just one point from their opening two group games in the competition, could this already be a potentially season-defining fixture?

Across North London, Arsenal are preparing for the Premier League’s final game of Matchweek 9 as they travel to new boys Sheffield United knowing a win will take them to within a point of champions Manchester City.

It's been a strange season for the Gunners. Despite sitting in 4th place and unbeaten in eight games in all competitions, Unai Emery is yet to fully convince the supporters - who are no closer to knowing what his playing philosophy is or who is his best starting eleven after 16 months in charge.

Having conceded 13 goals in eight games, with just two clean sheets, the defence still seems an issue. Arsenal have faced more shots than most teams in Europe, whilst goalkeeper Bernd Leno has made more saves than any other keeper in the division after eight games - a testament to the German but might say more about their backline. 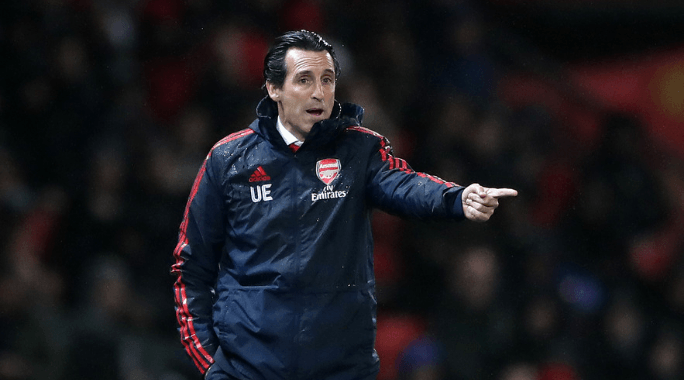 Emery has yet to fully convince Arsenal fans(© PA Images)

Emery’s biggest positive so far though has not only been the form of Pierre Emerick Aubameyang with seven goals in eight league games but the exciting youngsters who have stood up to the challenge both domestically and in Europe. Joe Willock and Reiss Nelson have taken their chances in the first team impressively while 18-year-old Bukayo Saka, who has started the last three league games, doesn’t look fazed at all.

I just wonder who will make way once Alexandre Lacazette is back fit? Will it be the impressive Saka or club-record signing Nicolas Pepe who’s still adapting to life in England’s top flight after his £72million move from Lille.

Meanwhile, Mesut Ozil’s future continues to be the centre of much debate. The former Germany international has been restricted to just two appearances in all competitions so far this season and has been left out of the last three matchday squads.

It was quite telling to hear Arsenal’s Head of Football, Raul Sanllehi, inform a recent fan forum that Ozil needed to contribute more in training in order to win back his place.

If he has been sharper on the training ground it may be the case a recall against the Blades is on the cards.