When Premier League clubs put forward their votes in Monday’s proposal to play out the remainder of the season in neutral venues, at least 14 of the 20 teams must opt in favour for the motion to go through.

With the league having been suspended since March 13 due to the coronavirus pandemic, Premier League officials have set a provisional return-to-play date of June 12, but only if it is safe to do so.

However, many more details still need to be ironed out, and the most debatable proposal for the time being appears to be the prospect of playing out games at 8-10 selected stadiums.

Brighton have already expressed their disapproval of the plans, which has varying advantages and disadvantages for every football club, while – more importantly – four doctors employed by Premier League outfits have expressed concerns over the so-called ‘Project Restart’.

The League Managers Association (LMA) chief executive Richard Bevan has hinted that the season could be written off if seven or more teams object to neutral venues in Monday’s vote. What that would mean for relegation from and promotion to the top tier is arguably the most complicated matter.

The issue of whether or not Liverpool would be awarded the Premier League title in the event of the season being cancelled, given their 25-point lead at the top of the table as things stand, is also a hotly discussed topic.

The Reds only need two more wins to mathematically confirm their first league title for 30 years and former Liverpool player Jason McAteer accepts that, if they are be crowned champions this season, it shouldn’t be done at Anfield on the grounds of safety.

“We’ve all got opinions on how we think things should move forward but ultimately the number one priority has to be the safety of the people,” he told Gambling.com.

“But every way we look at it there are advantages and disadvantages to be had. For me, the best solution is 90-minute matches in a neutral venue, even if it has to be played out in a World Cup style velocity where everyone plays every three days or so over a five-or-six-week period.

“If we’re going to finish the season, that is the only way it can be done, as far as I’m concerned.”

Indeed, one of the mooted amendments in order to fulfil the fixture list has been PFA chief executive Gordon Taylor’s idea to reduce the 45-minute length-per-half in games, which has been knocked back by the Premier League and scoffed at by McAteer too.

“You might as well say let’s have a 5-a-side competition, 10 minutes each way, and you can have a club legend playing as well,” said McAteer.

“You can’t change the game rules like that, it stains the integrity of the game. We are where we are, but you’ve got to play it out as close to the regulations as is safe, if you play it out at all. I can’t get on board with changing the length of the games, it’s just unfair.”

Thankfully, it doesn’t look like a viable option. However, it is still possible that games could go ahead without neutral venues being required, though McAteer believes that could prove a safety hazard should Liverpool be on the cusp of clinching the title inside an empty Anfield stadium.

He said: “Just before lockdown, my worry about Liverpool being so close to mathematically winning the title was that crowds would have built up outside Anfield, especially if the league had continued in empty stadiums. 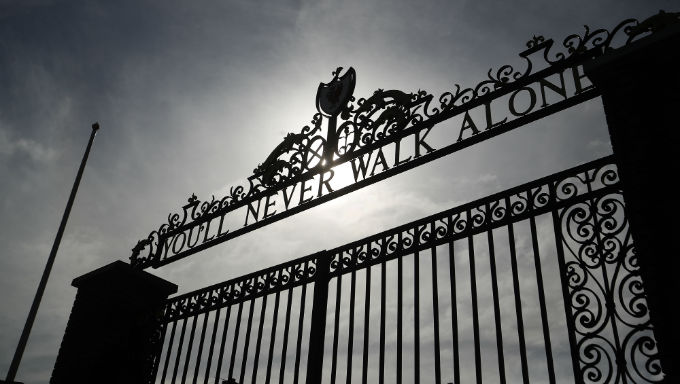 "If Liverpool had won the league at Anfield with nobody inside, it’s understandable why some believe many thousands might have shown up outside the ground to celebrate.

"Everyone’s been waiting for this moment for 30 years, there’s been all the build-up, it’s almost confirmed, everyone was on a high and nobody wants to miss out and celebrate. There would have been a lot of people out on the streets to celebrate.

"Even though we’re all more knowledgeable on the virus now, it could still happen that people try to gather.

"So one way to avoid that would be to stage games in neutral venues, I can get behind that as you can understand the fear that if they were to continue their games at Anfield and win the title there, people may congregate. It would be impossible to police it. From a safety point of view, in these times, we can’t risk that."

The Steps Towards A Return

If the Premier League is to resume by June 12, in order to be completed by July 31 in conjunction with UEFA’s protocol, players would need to resume training in a safe capacity by May 18, according to ‘Project Restart’.

That may involve players and staff being tested twice a week, with an estimated 40,000 tests required which would be funded privately.

However, although the financial burden of such tests would not be taken on by the National Health Service, McAteer believes it could still come back to bite the public and therefore the NHS.

“I was reading Steve Parrish’s article and I thought it was brilliant,” he said. “He pointed out that people do need football back for their own mental wellbeing, but that it can’t come at a cost to the physical health of the public and the health service.

“It has to come back eventually but it has to be done properly. They’ve got to take things into consideration like – if things are relaxed, and we suffer another spike – can our health service cope with it again?

“Will everyone become a little more relaxed if players and staff are tested and only those who are negative are allowed to be involved? I wouldn’t be – what if one of the test results is wrong or if it transpires that the tests are not 100% fool-proof?

“People are worried about making the call, because they won’t want to be wrong, and if the return of football was to end up as a direct cause of a coronavirus related death, who would be held accountable? The Premier League? The FA? The Chairmen? What legal implications could resuming football potentially bring?

“Nobody can answer these questions conclusively as yet. I don’t know how many questions can be answered to make this fool-proof. It could create all kinds of trouble.

“Understandably, everybody’s sitting on the fence waiting for someone else to make the call. Nobody wants to be the guy who got it wrong.”

© PA
Have Local Derbies in The Premier League Lost Their Edge?

© PA
Which Teams Face The Toughest Starts in the Premier League?

© PA
What Could The Return Of Dennis Bergkamp Bring To Arsenal?

© PA
Should Arsenal Pawn Alexandre Lacazette While They Still Can?

© PA
Are Manchester United Premier League Title Contenders?
© PA
Arkansas Sports Betting Bounces Back After Loss in July
© PA
Apollo & Caesars Interested in Taking Over William Hill
By continuing to use our site you agree to us using cookies in accordance with our Cookie Policy .
Got It
×