NextGen Cars Head to Darlington This Week, How Should you Bet?

Thanks to Chase Elliott, we were able to hit on our first NASCAR betting outright winner of the season.

A bit of good fortune with a late caution flag trapping the leaders Kyle Busch and Alex Bowman on pit road, forcing them to start from the rear of the field, allowed Elliott to take advantage.

The racing has been more competitive this season with the new NextGen car and there has been more parity throughout the field, but it appears Hendrick is still the dominant force.

Now the Cup Series heads to the historic Darlington Raceway for Sunday’s Goodyear 400. It will be a similar race to Dover with tire management critical through the track’s unique corners. The first two corners feature more banking and a narrow area compared to the longer final two turns before the finish line.

Driver skill is also paramount here, with a narrow track where the fastest groove is right up near the wall through the corners. 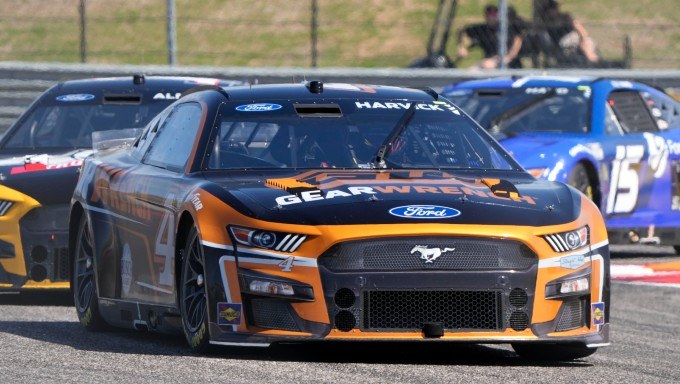 Darlington has been one of Harvick’s better tracks throughout his career and I like this number he’s getting at FanDuel Sportsbook.

Since 2019, he has the second-best average finish (3.3) and has won twice and recorded five top fives and six top 10s during that span.

Going back even further, his resume is even more impressive at the track. Since the May 2013 race, Harvick has finished in the top 10 in every race (12), including three wins and seven top fives in that stretch. Last year he took sixth in the May race and fifth in the September contest, leading 30 laps total in the two races.

Harvick is also coming off a solid ninth-place finish at Dover, which requires similar tire management ability to succeed at tracks such as Darlington. There has been some speed from Harvick this season, including a second at Richmond, a sixth at Phoenix and a seventh-place finish at California.

With the success he’s had at Darlington, this is a good spot for him to record his first win of the season. Harvick is also a good bet in the top five and top 10 markets when those become available.

© USA Today
Bryce Derouin
2 mins
Best Bets to Make at the NASCAR Race on Indianapolis Road Course
Looking at the odds to give you betting advice on this week's NASCAR race.

© USA Today
Bryce Derouin
3 mins
NASCAR Betting Preview: Who Should You Back at Pocono?
We go inside the numbers to give you the best bets on the NASCAR race this weekend.

© USA Today
Bryce Derouin
2 mins
Best Bets for This Week's NASCAR Race at Road America
We go inside the numbers to give you the betting advice for this week's NASCAR race.

© USA Today
Bryce Derouin
2 mins
Experience Might be Deciding Factor in NASCAR Race in Nashville
Looking at the trends and odds to give you betting advice on this week's NASCAR race.

Super Bowl LVII Picks: Strap In, It's Props Week
What is the Difference Between the UFC and Bellator?
Road to the Kentucky Derby: Holy Bull Stakes, Robert B. Lewis Stakes
UFC Fight Night: Derrick Lewis vs. Sergey Spivak Picks
Tottenham Hotspur vs. Manchester City Picks
Who Should You Bet on for Super Bowl MVP?