Five of the Biggest Upsets in Modern Formula 1 History

Shocks and Formula 1 seldom belong in the same sentence. They are as rare as the proverbial ‘snowflake in summertime’.

That said, we were able to come up with five in recent memory, and at odds of 300/1, Olivier Panis’ success in the 1996 Monaco Grand Prix is considered the biggest turn-up in modern F1 history, in the eyes of the bookmakers at least.

Here, we run through that memorable day as one of a handful of notable upsets in the last three decades of the sport. 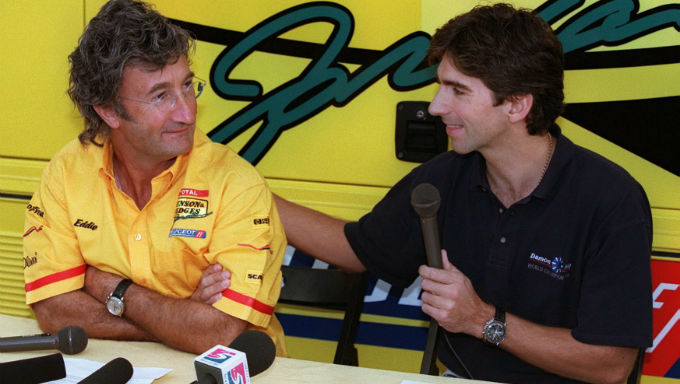 One of three appearances in our list from Damon Hill, who gave the Jordan team their first ever Formula 1 win in 1998 at a rain-soaked Spa-Francorchamps in Belgium.

Not an enormous turn-up, admittedly, but at an estimated price of 25/1 it certainly was a surprise. Hill benefited from a chaotic race, one of the most exciting in the past 25 years, which saw seven cars retire on the opening lap following an enormous collision.

Five more drivers would later spin-off or collide ending their race in the process which left Hill to adopt the race lead on lap 25 of the 44-lap contest.

Critics will point out Hill’s team-mate, Ralph Schumacher, who finished second, was told not to challenge Hill in the closing stages but it is a little-known fact the Brit had a slowly deflating tyre during the closing laps of this calamitous race. 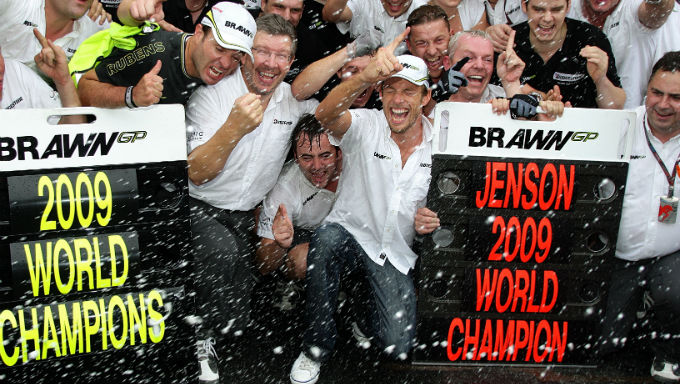 The 2009 Formula 1 season saw some hefty technical regulation changes particularly in the aerodynamics department. Amongst the new innovations were driver controlled adjustable front wings and the use of kinetic energy recovery systems.

This led to a major upheaval in the sport’s pecking order, especially when the fledgling Brawn GP team, who were in their first season following a management buyout of the Honda Racing F1 Team led by Ross Brawn, managed to beat the sport’s established teams in the race to exploit the new rules to the limit.

As a result, Jenson Button – who was facing his departure from the sport at the end of 2008 – won six of the season’s first seven races and went on to claim the world driver’s championship title. His teammate, Rubens Barrichello, won two more races later in the year and this was enough to see the Brawn GP team also collect the constructor’s championship title.

Not exactly a Leicester City 5,000/1 Premier League type upset, but it did see many punters land 100/1 bets placed on both Button and his new team, staked during pre-season when the drivers were setting some incredible lap times in testing.

In fact, those times were so impressive many cynics believed the team were running a car which was not fully legal in an attempt to attract the attention of much needed sponsors. Not so, and one of the best Formula 1 betting opportunities of all time passed many by. 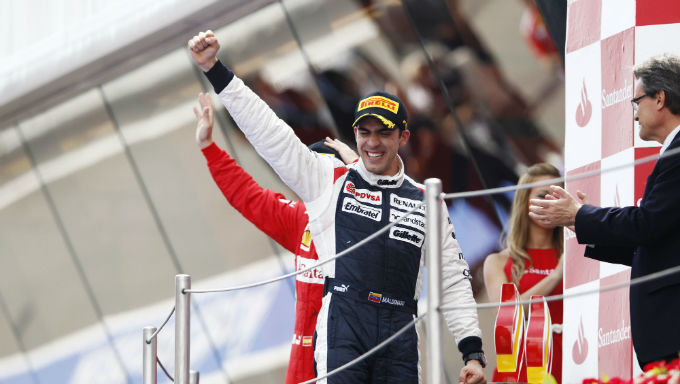 Prior to Pastor Maldonado winning in Spain in 2012 the Williams team had been winless in eight years. Just how that sequence came to an end remains something of an enigma. In 95 race starts the Venezuelan driver made just one podium appearance during his career and this was it.

As for the Williams team, they have never looked like claiming another race win since and the last few seasons have been nothing short of catastrophic.

Given their pair of drivers had failed to finish in five of 2012’s four previous races and finished sixth, seventh and eighth in their other attempts you would imagine this contest was as haphazard as Monaco 1996.

But like Damon Hill in Hungary ’97 – more on that later – Maldonado showed speed from the outset, qualifying second and then starting from pole after the original pole-setter, Lewis Hamilton, was penalised for a technicality.

Nevertheless, with the Ferrari of Fernando Alonso, the home-town hero, starting alongside him, victory was considered massively unlikely. In fairness to Maldonado, who was desperately errant and trouble-prone for the bulk of his career, he never buckled when the Spaniard loomed in his mirrors.

Those that had backed the winning driver at the start of the race weekend were rewarded with odds of 100/1, although who knows if any punter was bold enough. 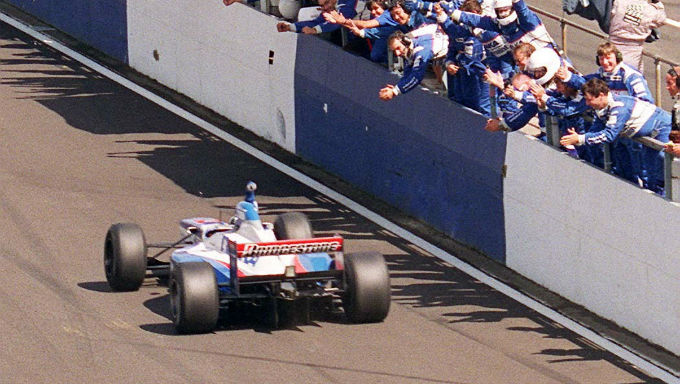 Damon Hill became world champion in 1996, winning half of the season’s 16 races. However, despite claiming the title and signing off with a victory, he was dropped by Williams and was forced to take a drive for the back-of-the-grid TWR Arrows team for 1997.

In effect Hill’s salary was covered by his teammate, Pedro Diniz, who was paying the Arrows team for the privilege to race their car. By the 11th race of the season in Hungary Diniz had rattled up a sequence of eight retirements. Hill had fared little better with his only completed race finishing positions, in sequence, reading 9-12-6-8.

Unsurprisingly, Hill was available at 250/1 at the start of race weekend but his Yamaha powered car showed uncharacteristic speed at the narrow Hungaroring from the start of free practice and his normally uncompetitive TWR Arrow qualified a remarkable third.

In the race, Hill made a great start, quickly overtaking Jacques Villeneuve and then passing old adversary Michael Schumacher on lap 11. He then proceeded to pull clear and at one point he led the race by 35 seconds.

Sadly, while his Arrows may have been fast for a change, its trademark unreliability was to return. To the heartbreak of the small team’s garage and millions of race-fans who were rooting for the underdog with three laps remaining an hydraulic pump failed on Hill’s car leaving it stuck in third gear with an intermittent throttle.

Excruciatingly Hill lost all of his time advantage and was passed Villeneuve part-way through the final lap. He was less than two miles from ‘home’. Still, though, a second place finish for Arrows was an enormous upset and anyone who backed Hill each-way at 250/1 could have earned a small fortune. 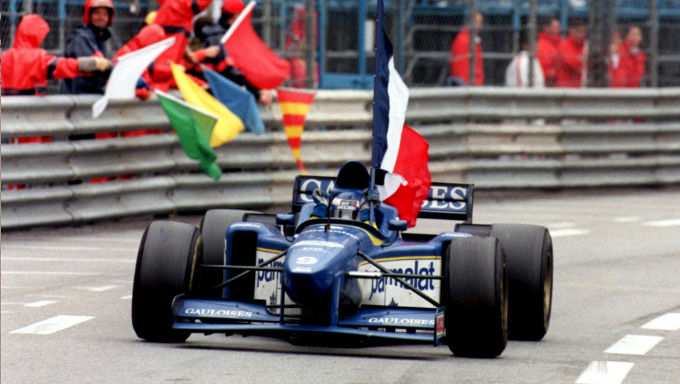 Going into the 1996 Monaco Grand Prix, Olivier Panis’ results read 7-6-8-Ret-Ret. The Frenchman had never won a race and his Ligier team had not seen one of its drivers stand on the top podium step since 1981.

Qualifying in 14th with a lap time two seconds slower than pole-setting Michael Schumacher, the prospect of the then 29-year-old finishing on the podium at this famous street circuit – where overtaking was and remains improbable – was considered absurd.

Damage limitation looked like the order of the day and sure to face a barrage of blue flags (indicating a driver must move aside to allow faster cars approaching from behind to pass), Panis would surely do well to be lapped just once and not twice.

Wrong, Andrea Montermini’s crash on the warm-up lap seemingly acted as a catalyst for a high-speed circus which saw six drivers fail to complete the opening lap. Among them was long odds-on favourite Schumacher.

Engine, suspension and gearbox issues accounted for three other drivers but the bulk of the field simply managed to slide and pirouette into the circuit’s unforgiving barriers courtesy of a wet track.

Between laps 66 and 70 the track resembled a breakers yard and by the conclusion of the contest, which was ‘called’ on lap 75 as the race had surpassed two hours of racing, only three cars were left circulating the streets of the tiny principality.

At the head of affairs was 300/1 Olivier Panis and in third was 250/1 poke Johnny Herbert who did not finish in a ‘points paying’ position in any other race during the 1996 season.

© PA
Five of the Biggest Upsets in Modern Formula 1 History

© PA
The Closest Title Races In Premier League History
By continuing to use our site you agree to us using cookies in accordance with our Cookie Policy .
Got It
×