Manchester United kept alive their hopes of qualifying for next season's Champions League by beating Norwich 4-0 at Old Trafford on Saturday.

The victory lifted United to fifth in the Premier League, five points behind Chelsea, who are one place above them, and eased some of the disappointment lingering at the Theatre of Dreams following their 3-1 defeat to Manchester City in the first leg of their League Cup semi-final four days earlier.

There is a feeling United have turned a corner in the league in recent weeks, but few on the board will be getting too carried away just yet as there is still a lot of work for United to do for Ole Gunnar Solskjaer to feel comfortable in his seat.

This transfer window will be crucial to where the Red Devils finish the season, with United looking to strengthen in all departments, but it remains to be seen how much money Solskjaer will be trusted to spend before the end of January.

After 22 games, United are averaging 1.55 points per game, which is an improvement on the 1.3 points they were managing after the first 10 games of the season.

If they continue to take 1.55 points per game in their remaining 16 league games, United will finish the campaign on 59 points which would equal their worst total in 29 years when they finished sixth at the end of the old First Division in May 1991.

How Many Points Gets You Top Four?

In recent Premier League seasons, 59 points has not been enough to finish sixth or higher since Liverpool finished sixth in May 2011 with 58 points.

Over the last eight games, United have taken 2.0 points per game, helped by winning three of their last four league ties. A continuation of that return per game would see them end the campaign on 66 points which was the total Manchester City had when they finished fourth and qualified for the Champions League at the end of the 2015/16 season.

United are going to need help from other teams if they are to crack the top four. With none of the current top six to visit Old Trafford between now and the end of the season, Solskjaer's side will be looking to take as many of the 24 points on offer at Old Trafford as possible.

On top of that, they would need to pick up plenty of points on the road, starting at Anfield on Sunday against a Liverpool team that has a 14-point lead at the top of the table after extending their unbeaten run to 38 league games with a 1-0 win at Tottenham on Saturday.

United picked up three points at the Etihad after beating City 2-1 last month and victory over the Reds at Anfield this weekend would certainly help United's cause to finish in the top four, something the bookmakers currently have as a 3/1 chance.

However, such stats aren’t always as they seem, according to former Manchester United defender Paul Parker, who insists the naked eye is the best form of judgement on progress – and he hasn’t seen anything to get excited about of late, particularly in the wake of their laboured 1-0 win over Wolves in the FA Cup on Wednesday night.

“I’m not a fan of stats – they’re always used to make things look better or worse than they really are,” he told Gambling.com.

“At the end of the day the only stat that matters is the points tally at the end of the season. I prefer to use my own judgement and as a football team, when I watch United play, I can see so many weaknesses.

“They haven’t been able to break teams down often enough. Watching the Wolves game, they couldn’t get hold of the game in midfield and relied too heavily on Juan Mata.

“Mata does make a difference, but the problem is he can’t get around the pitch like he used to. If you put Mata in the Manchester City team he would look a million dollars because he would have players around him to do make the movements for him and he’d rarely give the ball away.

“At United, it’s completely different because the players around him don’t take up the same positions.”

Despite that, Parker believes United are able to sneak into the Premier League’s top four before the end of the season, but only because their competition for fourth place – with leaders Liverpool, City and Leicester all currently out of reach – have many vulnerabilities themselves.

“Given the standard of the Premier League this season, I just wonder how good do you actually have to be this season to get into that top four,” said the former England international.

“The likes of Wolves and Leicester have made big strides of course and credit to them, but Manchester United are still in the top four race because Chelsea and Tottenham are quite poor, consistency wise.

“When things work for them, they’re OK. Tottenham’s whole ethos will likely change under Mourinho and Chelsea’s home form is too up-and-down, which probably boils down to the inexperience of their manager Frank Lampard.

“If we’re being honest, Manchester United are only still in the hunt because the teams in this league have been very, very poor.

“I don’t want to take anything away from Liverpool, because if you win the league then you deserve to win the league because you’re the best, there’s no other way about it. But some of the teams and the way they’ve performed this season, the standard has been poor.”

Indeed, Ladbrokes have already paid out on Liverpool winning the Premier League this season such has been their dominance, and a trip to Anfield is up next for United this Sunday as they look to put a dent in their old foe’s 14-point lead at the top.

BetVictor have gone as long as 8/1 for an away win for Solskjaer’s side, but Parker suggests those odds are more a testament to how good Liverpool (4/11) have been as opposed to the low ebb United find themselves at.

He said: “I don’t think that price is so much a reflection of how poor Manchester United have been this season, rather a measure of how good Liverpool have been.

“This season we’ve seen them down and out in some games only to pull something out of the bag in the dying moments because they manage to stay in games. When things aren’t going their way, they’ve got the ability to change.

“They’re industrious in midfield with a lot of quality energy. People talk about their front three but that positive energy from midfield is a big part of their efficient football and they then get it to the right players in the right areas.

“That’s the biggest difference between Liverpool and Manchester United at this moment in time – Liverpool have got very good decision makers with the ball.”

With two weeks left in the transfer window, United look likely to do some business, with a deal for Portugal international Bruno Fernandes reportedly only a matter of days away.

According to The Telegraph, the creative central midfielder has already agreed terms with United, but Parker has warned the 25-year-old not to expect any bedding in time at a club the size of Manchester United.

“He did OK at Udinese and Sampdoria but ended up back in Portugal,” said Parker. “Maybe he was homesick or didn’t enjoy his time in Italy, I don’t know. Perhaps he wants to try going abroad again and prove a point.

“For £65million, United may have got themselves a bargain – in this day and age anyway – but we can’t be fully sure. When he comes to Manchester United, the moment he turns up he’s got to be as creative as anyone else in the Premier League, that’s the expectancy.

“He’s really going to have to hit the ground running and be like United’s own Kevin De Bruyne, because he is going to be judged from the very first minute he starts playing for the club.

“The only thing is, if you were to put De Bruyne in the United team right now he would struggle because he would be the only creative player in the team – he needs other people to work with him.

“So I’m not so sure we’ll see Fernandes at his very best right away because he might not have the right players around him. 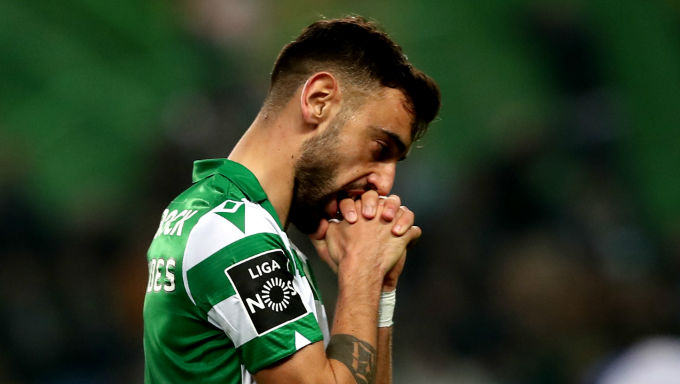 “The good thing is, though, he should strike up a good rapport with Fred because they can both speak the same language. OK, one will be speaking Brazilian-Portuguese, but they should still be on the same wavelength and perhaps he can help bring something extra to Fred’s game.

“It’ll be interesting, but he can’t expect to come to United and be given time to settle in, that doesn’t happen at Manchester United.”

Fernandes is unlikely to be the last January recruit at Old Trafford if newspaper reports are to be believed, and Parker has pinpointed the need to bolster options up front, with Anthony Martial failing to fulfil his potential and injury doubts surrounding Marcus Rashford.

“They definitely do need something different up front,” he said. “Anthony Martial tries, but one good performance in six just isn’t good enough.

“We need consistent performances from him where he is seen as a threat, but that doesn’t materialise enough from Martial. And the problem he has is that Rashford is at his best on that left side, he likes to cut inside onto his right and he does it very well.

“Martial wants to play that side too but Rashford does it better and more consistently than him.”

United travel to Anfield with Rashford – who has scored nine goals in his last 13 games – a serious injury doubt after coming off injured in the win over Wolves.

© PA
Are Manchester United in a Worse Decline Than 90s Liverpool?

FC Pinzgau: The Austrian Underdogs With The American Dream
Q&A With Sportradar’s Neale Deeley, VP of US Sales & Gaming
© USA Today
Iowa Sports Betting Rises In June As Casinos & Sports Return
© PA
PointsBet To Launch Fixed Odds For New Jersey Horse Racing
By continuing to use our site you agree to us using cookies in accordance with our Cookie Policy .
Got It
×